Brave citizens subdue subway killer and prevent more injuries (2014/05/22)As Cheng Chieh attempted to leave the MRT station, he was subdued by a crowd. Leading the charge was a 62-year-old hero with training in self-defense techniques.

As Cheng Chieh attempted to walk away from the crime scene, at least 10 brave citizens confronted and subdued him near the MRT entrance.

Cheng was easily spotted because of his red t-shirt. A crowd that cornered and pummeled him with punches and umbrellas was led by 62-year-old Chen Feng, who knocked the knife out of Cheng’s hand and subdued him.

Chen Feng
He (Cheng Chieh ) said come closer, so I said I ok, and I drew closer to him like this. When he flashed his knife, I made this motion and blocked it, then held the knife like this and quickly tackled him.

Another quick thinking passenger was off-duty firefighter Li Dong-han, who overheard that there was a killer on board. When the subway arrived at the station, he quickly exited, opened an emergency escape door and ushered over 20 people to safety.

Li compared the scene to a movie. His life-saving training helped him be clear-headed and assist others during this critical moment. 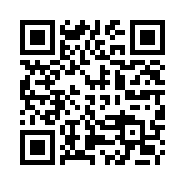