Native Americans
Native Americans were living in North America for manyhundreds of years before Europeans reached the continent. Fora long time white people called them Indians. Today, manypeople do not like this name since it is based on a mistake: it wasgiven to the people living in the Americas by Christopher*Columbus who, when he arrived there, thought he haddiscovered India. Instead, people prefer to use the term NativeAmericans. There are also native peoples living in *Alaska andCanada, e.g. *Inuits and Aleuts, but they are separate groups and are not called Native Americans.


Early contact with Europeans
In *Pre-Columbian North America there were many tribes who lived by hunting animals andgathering plants. Many of the tribes moved from one place to another according to the seasonand what food was available. Most of what is known about Native Americans dates from the timewhen they came into contact with Europeans.

The first place in the US where Europeans settled permanently was *Jamestown, Virginia, foundedin 1607. At first Native Americans were positive about the Europeans and were happy to have themany new things they brought, e.g. metal cooking pots, cloth and guns. But the Europeans alsointroduced diseases that Native Americans had no resistance to, so many became ill and died. Theyalso brought alcohol, the effects of which Native Americans did not know. Some Europeans tookadvantage of this by getting them drunk and then paying low prices for their goods.

The worst problem for Native Americans, which lasted into the late 20th century, was that the newsettlers wanted their land. To native Americans owning land was a strange idea. Tribes movedaround as they pleased and shared land with any other tribe that was friendly. They did notunderstand that a person might believe a piece of land was theirs, or that they would try to keepothers from using it. The settlers, on the other hand, assumed that they would take control ofNorth America and used all means to do this, including making agreements, which they usually didnot keep, tricking Native Americans into selling land cheaply, and taking it by military force. NativeAmerican chiefs like *Sitting Bull, *Tecumseh and *Geronimo fought against the settlers.

As Whites began moving west, Native American tribes had to be moved on. Some were forced togo to other parts of North America, to areas very different from the ones they were used to. The*Trail of Tears was one of many terrible examples: in the cold winter of 18389 17 000 *Cherokeeshad to move from their land in the south-east to what is now *Oklahoma and more than 4 000died. The government promised tribes that if they agreed to stay in one part of the country theycould keep that land forever. But the promises lasted only until Americans discovered that the landthey had given them was good for farming or had gold.

Whites have explained this behaviour in different ways. When the Indians fought and killed whitepeople they said that this proved that Native Americans were wild and had to be controlled. Peoplealso believed that the Native Americans were wasting good land by not developing it. In the 19thcentury Americans believed in *manifest destiny, meaning that they thought God wanted them tooccupy the whole continent. They also believed that it was better for the Native Americans to learnto live like white people and tried to teach them Christianity. Many Native American children,including the athlete Jim *Thorpe, were taken away from their tribe and sent to schools wherethey were not allowed to speak their own language. 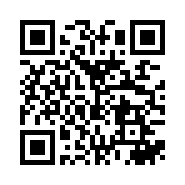