Causes of the war
The American Civil War was fought between the northern andsouthern states from 1861 to 1865. There were two maincauses of the war. The first was the issue of *slavery: shouldAfricans who had been brought by force to the US be used asslaves. The second was the issue of states' rights: should the USfederal government be more powerful than the governments ofindividual states.

The North and South were very different in character. The economy of the South was based onagriculture, especially cotton. Picking cotton was hard work, and the South depended on slaves forthis. The North was more industrial, with a larger population and greater wealth. Slavery, andopposition to it, had existed since before independence (1776) but, in the 19th century, theabolitionists, people who wanted to make slavery illegal, gradually increased in number. The South'sattitude was that each state had the right to make any law it wanted, and if southern stateswanted slavery, the US government could not prevent it. Many southerners became secessionists,believing that southern states should secede from the Union (= become independent from theUS).

In 1860, Abraham *Lincoln was elected President. He and his party, the *Republicans, were againstslavery, but said that they would not end it. The southern states did not believe this, and began toleave the Union. In 1860 there were 34 states in the US. Eleven of them (South Carolina,Mississippi, Florida, Alabama, Georgia, Louisiana, Texas, Virginia, Arkansas, Tennessee and NorthCarolina) left the Union and formed the *Confederate States of America, often called theConfederacy. Jefferson *Davis became its President, and for most of the war *Richmond, Virginia,was the capital.

Four years of fighting
The US government did not want a war but, on 12 April 1861, the Confederate Army attacked*Fort Sumter, which was in the Confederate state of South Carolina but still occupied by the Unionarmy. President Lincoln could not ignore the attack and so the Civil War began.

Over the next four years the Union army tried to take control of the South. The battles thatfollowed, *Shiloh, Antietam, *Bull Run and Chicamauga, have become part of America's nationalmemory. After the battle of *Gettysburg in 1863, in a speech known as the *Gettysburg Address,President Lincoln said that the North was fighting the war to keep the Union together so that'...government of the people, by the people, for the people, shall not perish from the earth'. In thesame year he issued the *Emancipation Proclamation which made slavery illegal, but only in theConfederacy.
Slaves and former slaves played an important part in the war. Some gave information to Unionsoldiers, because they knew that their best chance of freedom was for the North to win the war.Many former slaves wanted to become Union soldiers, but this was not very popular among whitenortherners. In spite of this opposition about 185000 former slaves served in the Union army.

Women on both sides worked as spies, taking information, and sometimes even people, acrossborders by hiding them under their large skirts.

In the South especially, people suffered greatly and had little to eat. On 9 April 1865, when theSouth could fight no more, General Robert E *Lee surrendered to General Ulysses S *Grant at*Appomattox Court House in Virginia. A total of 620000 people had been killed and many morewounded.

The war was over but feelings of hostility against the North remained strong. John Wilkes *Booth,an actor who supported the South, decided to kill President Lincoln. On 14 April 1865 heapproached the President in Ford's Theatre in Washington and shot him. Lincoln died the nextmorning.

The killing of President Lincoln showed how bitter many people felt. The South had been beaten,but its people had not changed their opinions about slavery or about states' rights. During thewar, the differences between North and South had become even greater. The North had becomericher. In the South, cities had been destroyed and the economy ruined.
Reconstruction

After the war the South became part of the United States again. This long, difficult period wascalled Reconstruction. The issues that had caused the war, slavery and states' rights, still had to bedealt with. The issue of slavery was difficult, because many people even in the North had prejudicesagainst Blacks. The new state governments in the South wanted to make laws limiting the rights ofBlacks, and the US government tried to stop them. Between 1865 and 1870 the 13th, 14th and15th *Amendments to the *Constitution were passed, giving Blacks freedom, making them citizensof the US and the state where they lived, and giving them, in theory, the same rights as whiteAmericans.

In 1870 the last three southern states were admitted to the Union again, and in 1877 the northernarmy finally left the South. The war lasted four years, but efforts to reunite the country took threetimes as long.


Effects of the Civil War


Differences between North and South are still strong. In the South the Confederate flag is still oftenused, and the state flags of *Georgia and *Mississippi were made to look similar to it. The statemotto is Audemus jura nostra defendere, which is Latin for 'We dare to defend our rights'. The CivilWar helped to end slavery, but long afterwards Blacks were still being treated badly, and racerelations continue to be a problem. The South was so angry with the *Republicans, the party ofLincoln and Reconstruction, that southerners voted *Democratic for a century. The war showedstrong differences between parts of the US, but many people believe that the most importantthing it did was to prove that the US is one country. 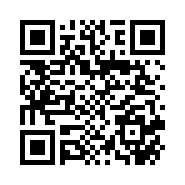