The American Revolution
The War of Revolution between America and Britain began inApril 1775 in *Lexington, Massachusetts, when soldiers fromeach side met and somebody fired a shot. It was called the 'shotheard round the world' because the war that followed changedthe future of the *British Empire and America. But the AmericanRevolution, the movement to make an independent nation,began many years earlier.


The causes of revolution
The desire of Americans to be independent from Britain arose out of a long series of disagreementsabout money and political control. Britain had had colonies (= places taken over by people from aforeign country) in North America since 1607 and kept soldiers there to defend them from attackby the French and Spanish, and by *Native Americans. In order to raise money for this, the British*Parliament tried to make the colonists (= people who had gone to settle in America) pay taxes.
From 1651, Britain passed a series of laws called Navigation Acts, which said that the colonistsshould trade only with Britain. These laws were frequently broken and were a continuing source oftension. Taxes imposed in the 18th century increased ill feeling towards Britain. In 1764 the SugarAct made colonists pay tax on sugar, and in 1765 the *Stamp Act put a tax on newspapers andofficial documents. Opposition to this was strong and the following year Parliament had to removethe tax. By then, people in both America and Britain were arguing about who had the power to taxthe colonies. The 13 colonies each had an assembly of elected representatives, and the colonistswanted these assemblies to decide what taxes they should pay, not Parliament. Some colonists,called patriots, began to want independence from Britain. They expressed their feelings in theslogan 'no taxation without representation'.

In 1767 there was a disagreement in New York about whether Britain could ask people to givesoldiers accommodation in their houses. The local assembly agreed, eventually, but becameinvolved in a dispute with Parliament over who had the right to decide such matters. In the sameyear the Townshend Acts put taxes on certain products including tea. The assemblies refused tohelp collect the money and Parliament responded by closing them down. All this caused manymore people to want independence. *Boston, especially, had many patriots, including those whocalled themselves the *Sons of Liberty. On 5 March 1770 there was a riot in Boston and Britishsoldiers killed five people. This incident became known as the *Boston Massacre.

The Tea Act gave a British company the right to sell tea to the colonists and actually lowered theprice for legally imported tea. But most colonists bought cheaper tea that had been smuggled intothe country. On 16 December 1773, when ships arrived in Boston Harbour carrying the tea, agroup of patriots dressed up as Native Americans went onto the ships and threw the tea into thewater. After the *Boston Tea Party, as the event was later called, Britain passed the IntolerableActs, laws to increase her control over the colonies.

As more Americans began to support revolution, Britain sent yet more soldiers. On 5 September1774 representatives of all the colonies except *Georgia met in *Philadelphia, calling themselves the*Continental Congress. The Congress decided that the colonies needed soldiers of their own, andagreed to start training militiamen who could leave their jobs and be used as soldiers if necessary.Since the militiamen had to be ready to fight at short notice, they were called *minutemen.
On 18 April 1775 British soldiers marched out of Boston into the countryside to search forweapons that the colonists had hidden. Paul *Revere, a patriot from Boston, rode ahead to warnpeople that the British were coming. The minutemen got ready, and when they and the Britishmet, the 'shot heard round the world' was fired.
The Revolutionary War
The Americans had the advantage of fighting at home, but Britain was a much stronger militarypower. There were victories and defeats on both sides during the seven years of war.

The first aim of the American army led by George *Washington was to force the British, called*Redcoats because of the colour of their uniform, to leave Boston. On 17 June 1775 the Britishfought and won the Battle of *Bunker Hill, but they lost so many soldiers that their position inBoston was weak and in March 1776 they were forced to leave. The Continental Congresssuggested that Britain and America should make an agreement, but Britain refused and so, on 4July 1776, members of the Congress signed the *Declaration of Independence. This document,written by the future President Thomas *Jefferson, gave the Americans' reasons for wanting to beindependent. It included ideas that were rather new, e.g. that ordinary people had certain rightsthat governments should respect. Since the British king *George III refused to accept this,Americans had the right, and the duty, to form their own government.

Later in the same year the British took control of *New York and *Rhode Island, and Washington'sarmy moved away into *Pennsylvania. The defeats discouraged many Americans, but atChristmas, when soldiers were not expecting an attack, Washington surprised the British by takinghis army across the Delaware River to Trenton, *New Jersey, and defeating the Hessians, Germansoldiers paid by the British to fight for them. A story often told is that, before crossing the river,Washington threw down a silver dollar, thinking that if any guards were near they would hear thenoise and come. Since nobody came, he knew it was safe to attack.

Washington's army spent the winter at *Valley Forge, Pennsylvania. It was very cold and the newgovernment of the United States did not have money to provide soldiers with warm clothes andfood. Many became ill, and many more lost their enthusiasm for the war. But in the spring of 1777they received help from two different sources. A German, General von Steuben, came to train theAmerican soldiers, and the Marquis de *Lafayette brought French soldiers to fight on the Americanside. With this help, the Americans won a victory at *Saratoga, New York. France and also Spainsupported the United States because they thought that if Britain became weaker in North America,it would also be weaker in Europe.
Over the next few years, neither side was strong enough to defeat the other completely. But in1781 Washington saw a perfect opportunity to win. The British General *Cornwallis had taken hisarmy to *Yorktown, Virginia, where he was too far away to get supplies or help. Washingtonmarched south to meet him, while French ships made sure that the British could not receive helpby sea. Cornwallis realized how bad his position was and surrendered.

In 1783, after a period of talks, Britain recognized the United States of America, making the UScompletely independent and giving it the western parts of North America.

Modern American attitudes to the Revolution
The Revolution is remembered by Americans in many ways. *Freedom, and the right of ordinarypeople to take part in their own government, the main reasons why Americans fought the War ofRevolution, are values that almost all Americans still support strongly. The *Fourth of July, the dayon which the Declaration of Independence was signed, is a national holiday, *Independence Day.

Places, like Boston Harbour and *Independence Hall in Philadelphia, where the Declaration ofIndependence was signed, are visited by millions of Americans every year. The names of peopleinvolved in the Revolution are known to everyone. George Washington's birthday is celebrated asa national holiday. John *Hancock's signature on the Declaration of Independence was the largest,so today John Hancock means 'signature'. Patrick *Henry is remembered for his speeches,especially for saying, 'Give me liberty or give me death'.

But if Americans remember the Revolution as a great victory, they seem to forget that the Britishwere the enemy. The governments and people of the two countries have always had a specialrelationship, and for many Americans, even those whose ancestors were not British, Britain is stillthe 'mother country'. 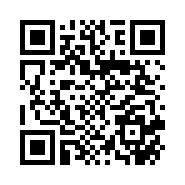