Native Americans in the popular imagination

An American tradition dating back to early times is*Thanksgiving. When the English arrived in Jamestownmany died during the long cold winter, but in thefollowing spring Native Americans showed them what localfoods they could eat. In the autumn, well-prepared forthe winter, settlers and Native Americans had a specialdinner together, the first Thanksgiving, to thank Godand the Native Americans for all the food they had.
Another story describes how the Native American princess *Pocahontas saved the life ofJohn *Smith, the leader in Jamestown, when her father, *Powhatan, wanted to kill him.She later married another Englishman, John Rolfe, and went to England with him. Thestory of Pocahontas is widely known and many Americans are proud to have her as anancestor.

But Native Americans were more often seen by white settlers as the enemy. *Westerns,i.e. films and books about the *Wild West, use the threat from Indians as theircentral theme. In this context Native Americans are still called 'Indians'. Childrenoften play 'cowboys and Indians' and pretend to kill each other. When *Buffalo Bill,began touring the US with his Wild West show, the chief Sitting Bull was one of manyNative Americans in it, and many people went to see this former great enemy.

Many Americans have an image of a 'typical Indian', a chief who lived in a teepee withhis squaw (= wife), smoked a peace pipe after signing a treaty with the white man(whom he called pale face), sent smoke signals to communicate with people far away,and spoke broken English full of colourful expressions such as 'big heap wampum' (alot of money) and 'speaks with forked tongue' (is lying). Most of these ideas havesome basis in Native American culture, but it is wrong to put them all together andbelieve that that was how Native Americans lived.

Americans make such mistakes because they have little interest in Native Americans.Having succeeded in pushing them out of the way onto reservations, most Americansignore them. This may be because the Native Americans who are left are living proof ofa hard truth: America wants to be, and often is, a land where everyone has a chanceand where the government behaves fairly and honestly to all, but this America is builton land stolen from the people who lived there first. 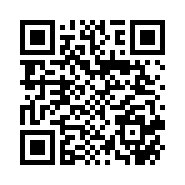