the first US *President (1789-97), who had led its armyto success in the *American Revolution. He is called'the Father of His Country'. The *Continental Congressplaced him in charge of the American forces in 1775.Although his army had a difficult and dangerous winterat *Valley Forge, General Washington led them to severalvictories, including the final Battle of *Yorktown. Helater gave his important approval for the *American Constitution and was elected in1789 as the country's first president. He supported a strong central government butdisliked political party arguments. He was elected a second time, but refused to standas a candidate for a third time and returned to his home at *Mount Vernon.
Americans have always admired Washington as one of their best and most moralpresidents. He is considered by many to have been the country's greatest leader andperhaps the only one who could have united the colonists during the AmericanRevolution. Most people know the story of how as a boy he cut down his father's cherrytree and then admitted what he had done, saying, 'I cannot tell a lie.' The story maynot be true but it is seen as a symbol of his honesty. Washington's fine personalqualities and fair politics were recognized during his life, and they seem even moreimpressive today. His memory is honoured by the *Washington Monument and the names ofthe country's capital city, a state, many *counties, government buildings, schools,streets, mountains, etc, and his image appears on the dollar note and the 25-centcoin.


Washington, DC (Washington, District of Columbia)
the capital city of the US, whose area covers the *District of Columbia. The place waschosen by George *Washington in 1790, and since 1800 the main departments of the USgovernment have been there. It is known for its historical monuments and importantbuildings, including the *Capitol, the *White House(1), the *Supreme Court, the*National Archives, the *Library of Congress, the *Smithsonian Institution, the*National Gallery of Art and the *Kennedy Center. About 66% of Washington's populationare *African Americans.

Washington Monument
a tall, thin monument on The *Mall(2) in *Washington, DC, built to honour the memoryof George *Washington. It is 555 feet/169 metres high and made of white marble.Tourists can climb the 898 steps to the top, from which there are fine views of thecity. The Monument took 40 years to build and was completed in 1888.


jazz
Jazz is one of the greatest forms of music originating in the US. The names of itsstars, who are mostly *African Americans, are known around the world. Most people haveheard of stars like Ella *Fitzgerald, 'Count' *Basie, 'Duke' *Ellington and Louis*Armstrong. Wynton *Marsalis, who plays in the traditional style, is the best-knownjazz musician today.
Jazz was begun in the *South by African Americans. Many of its rhythms came from thework songs and spirituals (= religious songs) of black slaves. New Orleans streetbands first made jazz popular. Early forms of jazz created at the beginning of the20th century were *ragtime and the *blues. Ragtime musicians included the singer'Jelly Roll' *Morton and the composer and piano player Scott *Joplin. Famous bluessingers included Bessie *Smith and later Billie *Holiday. *Dixieland developed fromragtime and the blues and made a feature of improvisation (= making up the music as itis being played), especially on the trumpet and saxophone. Dixieland stars includedLouis Armstrong and Sidney Bechet.

In the 1920s many African Americans moved north, taking jazz with them, and *Chicagoand New York became centres for the music. This was the beginning of the big band era.In the 1930s swing music came into fashion and people danced to jazz. Radio and thenew recording industry helped to make it even more popular. The big bands were led byBasie, Ellington, Woody *Herman, Glenn *Miller and 'the King of Swing', Benny*Goodman. In the 1940s there were new styles such as *bebop, developed by 'Dizzy' *Gillespie, Charlie 'Bird' *Parker and Thelonious *Monk. Freer forms like progressivejazz developed in the 1950s with stars including Stan *Getz and Dave *Brubeck. Cooljazz followed in the 1960s, led by Getz and Miles *Davis. More recent styles haveincluded funky jazz, jazz-rock and hip-hop jazz. Many jazz clubs, like the *CottonClub, have now closed but others, like Preservation Hall in *New Orleans, and Birdlandin *Manhattan, remain.

In Britain jazz attracts a small but enthusiastic audience. The height of itspopularity was in the 1940s and 1950s, when large crowds gathered to hear big bands.British jazz has always been heavily influenced by US jazz. In the 1960s pop and rockmusic replaced jazz as the music of the young generation. There are now few jazzbands, although smaller combos (= groups) continue to play a wide range of trad (=traditional), bebop, cool and avant-garde jazz. The most famous British jazz musicianshave included Johnny *Dankworth and Cleo *Laine, George Melly, Humphrey *Lyttelton andCourtney *Pine. The home of jazz in Britain is Ronnie *Scott's club in London. 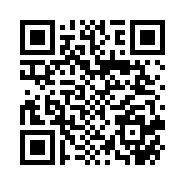