Give me some opinion on the transportation in your city？

In my opinion， one of the biggest problems of transportation is traffic jams in Anyang city. It has become common to see passengers and drivers having to wait in long lines of buses and cars moving at a snail's pace on the streets during the rush hours. There are several reasons for this problem. First， the number of vehicles is increasing much more rapidly than the building of roads. Second， there seem to be too many private cars and not enough public buses. Third， many people， including drivers， pedestrians and cyclists do not obey traffic rules properly， especially at busy intersections.

In my opinion， one of the biggest problems of transportation is traffic jams in Anyang city. In view of the seriousness of this problem， effective measures must be taken before things get worse. On the one hand， the government should invest more money in the building of new roads and the repairing and maintenance of old ones， particularly those in busy areas of the cities. On the other hand， the number of private cars in urban areas should be limited while the number of public buses should be increased. At the same time， it is essential that stricter traffic rules and regulations be issued to strengthen traffic control.來源：考試大

1） Compare the different transportation， such as between plane， train and car.

Drive car to travel is convenient because we can set out at any time. But it is too slow and it may spend us much more time. Plane ticket is more expensive. So， I think train is the best transportation for me.

In the future， the speed of car， train and plane will be faster. And， the transportation will be easier and convenient.

Nowadays， we have more choice on the transportation than the past. Such as tube， plane etc， even though in the small city. I like tube， because tube is safety and tube ticket is cheap. 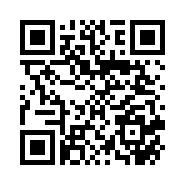