Henry Ford (July 30, 1863 – April 7, 1947) was the American founder of the Ford Motor Company and father of modern assembly lines used in mass production. His introduction of the Model T automobile revolutionized transportation and American industry. He was a prolific inventor and was awarded 161 U.S. patents. As owner of the Ford Motor Company, he became one of the richest and best-known people in the world. He is credited with "Fordism", that is, the mass production of large numbers of inexpensive automobiles using the assembly line, coupled with high wages for his workers. Ford had a global vision, with consumerism as the key to peace. Ford did not believe in accountants; he amassed one of the world's largest fortunes without ever having his company audited under his administration. Henry Ford's intense commitment to lowering costs resulted in many technical and business innovations, including a franchise system that put a dealership in every city in North America, and in major cities on six continents. Ford left most of his vast wealth to the Ford Foundation but arranged for his family to control the company permanently.

Career
In 1891, Ford became an engineer with the Edison Illuminating Company. After his promotion to Chief Engineer in 1893, he had enough time and money to devote attention to his personal experiments on gasoline engines. These experiments culminated in 1896 with the completion of a self-propelled vehicle which he named the Ford Quadricycle. He test-drove it on June 4. After various test-drives, Ford brainstormed ways to improve the Quadricycle.

Also in 1896, Ford attended a meeting of Edison executives, where he was introduced to Thomas Edison. Edison approved of Ford's automobile experimentation; encouraged by him, Ford designed and built a second vehicle, completing it in 1898.[8] Backed by the capital of Detroit lumber baron William H. Murphy, Ford resigned from Edison and founded the Detroit Automobile Company on August 5, 1899. However, the automobiles produced were of a lower quality and higher price than Ford liked. Ultimately, the company was not successful and was dissolved in January 1901.

With the help of C. Harold Wills, Ford designed, built, and successfully raced a 26-horsepower automobile in October 1901. With this success, Murphy and other stockholders in the Detroit Automobile Company formed the Henry Ford Company on November 30, 1901, with Ford as chief engineer. However, Murphy brought in Henry M. Leland as a consultant. As a result, Ford left the company bearing his name in 1902. With Ford gone, Murphy renamed the company the Cadillac Automobile Company.

Ford also produced the 80+ horsepower racer "999"; Barney Oldfield to drive it to victory in a race in October 1902. Ford received the backing of an old acquaintance, Alexander Y. Malcomson, a Detroit-area coal dealer.They formed a partnership, "Ford & Malcomson, Ltd." to manufacture automobiles. Ford went to work designing an inexpensive automobile, and the duo leased a factory and contracted with a machine shop owned by John and Horace E. Dodge to supply over $160,000 in parts.Sales were slow, and a crisis arose when the Dodge brothers demanded payment for their first shipment.

In response, Malcomson brought in another group of investors and convinced the Dodge Brothers to accept a portion of the new company.Ford & Malcomson was reincorporated as the Ford Motor Company on June 16, 1903, with $28,000 capital. The original investors included Ford and Malcomson, the Dodge brothers, Malcomson's uncle John S. Gray, Horace Rackham, and James Couzens. In a newly designed car, Ford gave an exhibition on the ice of Lake St. Clair, driving 1 mile (1.6 km) in 39.4 seconds, setting a new land speed record at 91.3 miles per hour (147.0 km/h). Convinced by this success, the race driver Barney Oldfield, who named this new Ford model "999" in honor of a racing locomotive of the day, took the car around the country, making the Ford brand known throughout the United States. Ford also was one of the early backers of the Indianapolis 500.

$5 day
Ford astonished the world in 1914 by offering a $5 per day wage, which more than doubled the rate of most of his workers. (Using the consumer price index, this was equivalent to $111.10 per day in 2008 dollars.) The move proved extremely profitable; instead of constant turnover of employees, the best mechanics in Detroit flocked to Ford, bringing their human capital and expertise, raising productivity, and lowering training costs. Ford called it "wage motive." The company's use of vertical integration also proved successful when Ford built a gigantic factory that took in raw materials and shipped out finished automobiles.

Model T
The Model T was introduced on October 1, 1908. It had the steering wheel on the left, which every other company soon copied. The entire engine and transmission were enclosed; the four cylinders were cast in a solid block; the suspension used two semi-elliptic springs. The car was very simple to drive, and easy and cheap to repair. It was so cheap at $825 in 1908 (the price fell every year) that by the 1920s, a majority of American drivers had learned to drive on the Model T.

Ford created a massive publicity machine in Detroit to ensure every newspaper carried stories and ads about the new product. Ford's network of local dealers made the car ubiquitous in virtually every city in North America. As independent dealers, the franchises grew rich and publicized not just the Ford but the very concept of automobiling; local motor clubs sprang up to help new drivers and to encourage exploring the countryside. Ford was always eager to sell to farmers, who looked on the vehicle as a commercial device to help their business. Sales skyrocketed—several years posted 100% gains on the previous year. Always on the hunt for more efficiency and lower costs, in 1913 Ford introduced the moving assembly belts into his plants, which enabled an enormous increase in production. Although Henry Ford is often credited with the idea, contemporary sources indicate that the concept and its development came from employees Clarence Avery, Peter E. Martin, Charles E. Sorensen, and C. Harold Wills.

By 1918, half of all cars in America were Model T's. However, it was a monolithic block; as Ford wrote in his autobiography, "Any customer can have a car painted any colour that he wants so long as it is black". Until the development of the assembly line, which mandated black because of its quicker drying time, Model T's were available in other colors, including red. The design was fervently promoted and defended by Ford, and production continued as late as 1927; the final total production was 15,007,034. This record stood for the next 45 years. This record was achieved in just 19 years from the introduction of the first Model T (1908).

President Woodrow Wilson asked Ford to run as a Democrat for the United States Senate from Michigan in 1918. Although the nation was at war, Ford ran as a peace candidate and a strong supporter of the proposed League of Nations.

Henry Ford turned the presidency of Ford Motor Company over to his son Edsel Ford in December 1918. Henry, however, retained final decision authority and sometimes reversed his son. Henry started another company, Henry Ford and Son, and made a show of taking himself and his best employees to the new company; the goal was to scare the remaining holdout stockholders of the Ford Motor Company to sell their stakes to him before they lost most of their value. (He was determined to have full control over strategic decisions). The ruse worked, and Henry and Edsel purchased all remaining stock from the other investors, thus giving the family sole ownership of the company.

By the mid-1920s, sales of the Model T began to decline due to rising competition. Other auto makers offered payment plans through which consumers could buy their cars, which usually included more modern mechanical features and styling not available with the Model T. Despite urgings from Edsel, Henry steadfastly refused to incorporate new features into the Model T or to form a customer credit plan.

Model A and Ford's later career
By 1926, flagging sales of the Model T finally convinced Henry to make a new model. Henry pursued the project with a great deal of technical expertise in design of the engine, chassis, and other mechanical necessities, while leaving the body design to his son. Edsel also managed to prevail over his father's initial objections in the inclusion of a sliding-shift transmission.

The result was the successful Ford Model A, introduced in December 1927 and produced through 1931, with a total output of more than 4 million. Subsequently, the Ford company adopted an annual model change system similar to that recently pioneered by its competitor General Motors (and still in use by automakers today). Not until the 1930s did Ford overcome his objection to finance companies, and the Ford-owned Universal Credit Corporation became a major car-financing operation.

Ford Airplane Company
Ford, like other automobile companies, entered the aviation business during World War I, building Liberty engines. After the war, it returned to auto manufacturing until 1925, when Henry Ford acquired the Stout Metal Airplane Company.

Ford 4-AT-F (EC-RRA) de L.A.P.E.Ford's most successful aircraft was the Ford 4AT Trimotor — called the “Tin Goose” because of its corrugated metal construction. It used a new alloy called Alclad that combined the corrosion resistance of aluminum with the strength of duralumin. The plane was similar to Fokker's V.VII-3m, and some say that Ford's engineers surreptitiously measured the Fokker plane and then copied it. The Trimotor first flew on June 11, 1926, and was the first successful U.S. passenger airliner, accommodating about 12 passengers in a rather uncomfortable fashion. Several variants were also used by the U.S. Army. Henry Ford has been honored by the Smithsonian Institution for changing the aviation industry. About 200 Trimotors were built before it was discontinued in 1933, when the Ford Airplane Division shut down because of poor sales during the Great Depression.

Later career
When Edsel, president of Ford Motor Company, died of cancer in May 1943, the elderly and ailing Henry Ford decided to assume the presidency. By this point in his life, he had had several cardiovascular events (variously cited as heart attack or stroke) and was mentally inconsistent, suspicious, and generally no longer fit for such a job.

Most of the directors did not want to see him as president. But for the previous 20 years, though he had long been without any official executive title, he had always had de facto control over the company; the board and the management had never seriously defied him, and this moment was not different. The directors elected him, and he served until the end of the war. During this period the company began to decline, losing more than $10 million a month. The administration of President Franklin Roosevelt had been considering a government takeover of the company in order to ensure continued war production, but the idea never progressed. 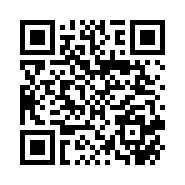