Epistle to the Galatians

From Wikipedia, the free encyclopedia
For the inhabitants of the historic region, see Galatians (people).

The Epistle to the Galatians, often shortened to Galatians, is the ninth book of the New Testament. It is a letter fromPaul the Apostle to a number of Early Christian communities in the Roman province of Galatia in central Anatolia. Paul is principally concerned with the controversy surrounding Gentile Christians and the Mosaic Law during the Apostolic Age.

No original of the letter is known to survive. The earliest reasonably complete version available to scholars today, named P46, dates to approximately the year 200 AD, approximately 150 years after the original was presumably drafted.[1] This papyrus is fragmented in a few areas, causing some of the original text carefully preserved over the years to be missing, "however, through careful research relating to paper construction, handwriting development, and the established principles of textual criticism, scholars can be rather certain about where these errors and changes appeared and what the original text probably said."[2]

Some scholars date the original composition to c. 50–60 AD.[3] Other scholars agree that Galatians was written between the late 40s and early 50s.[4]

Biblical scholars agree that Galatians is a true example of Paul's writing. The main arguments in favor of the authenticity of Galatians include its style and themes, which are common to the core letters of the Pauline corpus.[citation needed] Moreover, Paul's possible description of theCouncil of Jerusalem (Gal.2:1–10) gives a different point of view from the description in Acts 15:2–29, if it is, in fact, describing the Jerusalem Council.[citation needed]

The central dispute about the letter concerns the question of how Gentiles could convert to Christianity, which shows that this letter was written at a very early stage in church history, when the vast majority of Christians were Jewish or Jewish proselytes, which historians refer to as the Jewish Christians. Another indicator that the letter is early is that there is no hint in the letter of a developed organization within the Christian community at large. This puts it during the lifetime of Paul himself.[citation needed]

Paul's letter is addressed "to the churches of Galatia" (Galatians 1:2), but the location of these churches is a matter of debate. A minority of scholars have argued that the "Galatia" is an ethnic reference to a Celtic people living in northern Asia Minor, but most agree that it is a geographical reference to the Roman province in central Asia Minor, which had been settled by immigrant Celts in the 270s BC and retained Gaulish features of culture and language in Paul's day. Acts of the Apostles records Paul traveling to the "region of Galatia and Phrygia", which lays immediately west of Galatia.[citation needed]

Some[who?] claim the New Testament says that the churches of Galatia (Antioch of Pisidia, Iconium, Lystra and Derbe) were founded by Paul himself (Acts 16:6;Galatians.1:8;4:13;4:19). They seem to have been composed mainly of converts from paganism (Galatians 4:8). After Paul's departure, the churches were led astray from Paul's trust/faith-centered teachings by individuals proposing "another gospel" (which centered on salvation through the Mosaic law, so-called legalism), whom Paul saw as preaching a "different gospel" from what Paul had taught (Galatians 1:1–9). The Galatians appear to have been receptive to the teaching of these newcomers, and the epistle is Paul's response to what he sees as their willingness to turn from his teaching.[citation needed]

The identity of these "opponents" is disputed. However, the majority of modern scholars view them as Jewish Christians, who taught that in order for converts to belong to the People of God, they must be subject to some or all of the Jewish Law, (i.e. Judaizers). The letter indicates controversy concerning circumcision,Sabbath observance, and the Mosaic Covenant. It would appear, from Paul's response, that they cited the example of Abraham, who was circumcised as a mark of receiving the covenant blessings (Genesis 17). They certainly appear to have questioned Paul's authority as an apostle, perhaps appealing to the greater authority of the Jerusalem church governed by James the Just.[citation needed]

The North Galatian view holds that the epistle was written very soon after Paul's second visit to Galatia (Acts 18:23). In this view, the visit to Jerusalem, mentioned in Galatians 2:1–10, is identical with that of Acts 15, which is spoken of as a thing of the past. Consequently, the epistle seems to have been written after theCouncil of Jerusalem. The similarity between this epistle and that to the Romans has led to the conclusion that they were both written at roughly the same time, during Paul's stay in Macedonia in roughly 56–57.[5] However, it should be noted that variations on this geographic theory would have the epistle written during Paul's 2nd Missionary Journey around 50–52, or during the events described in Acts. 19:1–41 (53–55 AD, or perhaps even as late as 55-58 AD). This third date takes the word "quickly" in Gal. 1:6 literally.[6]

The South Galatian view holds that Paul wrote Galatians before or shortly after the First Jerusalem Council, probably on his way to it, and that it was written to churches he had presumably planted during either his time in Tarsus (he would have traveled a short distance, since Tarsus is in Cilicia) after his first visit to Jerusalem as a Christian,[7] or during his first missionary journey, when he traveled throughout southern Galatia. If it was written to the believers in South Galatia, it would likely have been written in 49.[8]

A third theory[9] is that Galatians 2:1–10 describes Paul and Barnabas' visit to Jerusalem described in Acts 11:30 and 12:25. This theory holds that the epistle was written before the Council was convened, possibly making it the earliest of Paul's epistles. According to this theory, the revelation mentioned (Gal 2:2) corresponds with the prophecy of Agabus (Acts 11:27–28). This view holds that the private speaking about the gospel shared among the Gentiles precludes the Acts 15 visit, but fits perfectly with Acts 11. It further holds that continuing to remember the poor (Gal. 2: 10) fits with the purpose of the Acts 11 visit (but not Acts 15). In addition, the exclusion of any mention of the letter of Acts 15 is seen to indicate that such a letter did not yet exist, since Paul would have been likely to use it against the legalism confronted in Galatians. Finally, this view doubts Paul's confrontation of Peter (Gal. 2:11) would have been necessary after the events described in Acts 15. If this view is correct, the epistle should be dated somewhere around 47, depending on other difficult to date events, such as Paul's conversion.[10]

Kirsopp Lake found this view less likely and wondered why it would be necessary for the Jerusalem Council (Acts 15) to take place at all if the issue were settled in Acts 11:30/12:25, as this view holds.[11] Defenders of the view do not think it unlikely an issue of such magnitude would need to be discussed more than once.[12]Renowned New Testament scholar J.B. Lightfoot also objected to this view since it "clearly implies that his [Paul's] Apostolic office and labours were well known and recognized before this conference."[13] Defenders of this view, such as Ronald Fung, disagree with both parts of Lightfoot's statement, insisting a) Paul received his "Apostolic Office" at his conversion (Gal. 1:15–17; Ac. 9). Fung holds, then, that Paul's apostolic mission began almost immediately in Damascus (Acts 9:20). While accepting that Paul's apostolic anointing was likely only recognized by the Apostles in Jerusalem during the events described in Gal. 2/Acts 11:30, Fung does not see this as a problem for this theory.[13]

Artist depiction of "Saint Paul Writing His Epistles", 16th century (Blaffer Foundation Collection, Houston,Texas). Lightfoot notes with respect to verse 6:11 that at this point "the apostle takes the pen from his amanuensis, and the concluding paragraph is written with his own hand".[14]

This epistle addresses the question of whether Christians were obligated to follow Mosaic Law. After an introductory address (Galatians 1:1–10), the apostle discusses the subjects which had occasioned the epistle.

In Chapter 1 he defends his apostolic authority (1:11–19; 2:1–14). Chapters 2, 3, and 4 show the influence of the Judaizers in destroying the very essence of the gospel. Chapter 3 exhorts the Galatian believers to stand fast in the faith as it is in Jesus, and to abound in the fruit of the Spirit. Chapter 4 then concludes with a summary of the topics discussed and with the benediction, followed by 5:1–6:10 teaching about the right use of their Christian freedom.

In the conclusion of the epistle (Galatians 6:11), Paul wrote, "Ye see how large a letter I have written with mine own hand." Regarding this conclusion, Lightfoot, in his Commentary on the epistle, says:

"At this point the apostle takes the pen from his amanuensis, and the concluding paragraph is written with his own hand. From the time when letters began to be forged in his name (2Thessalonians 2:2; 2Thessalonians 3:17) it seems to have been his practice to close with a few words in his own handwriting, as a precaution against such forgeries... In the present case he writes a whole paragraph, summing up the main lessons of the epistle in terse, eager, disjointed sentences. He writes it, too, in large, bold characters (Gr. pelikois grammasin), that his hand-writing may reflect the energy and determination of his soul."

Alternatively, some commentators have postulated that Paul's thorn in the flesh was poor eyesight, which caused him to write in characteristically large letters.[15]

Galatians also contains a catalogue of vices and virtues, a popular formulation of ancient Christian ethics.

Probably the most famous single statement made in the Epistle, by Paul, is in chapter 3, verse 28: "There is neither Jew nor Gentile, neither slave nor free, nor is there male and female, for you are all one in Christ Jesus." The debate surrounding that verse is legend and the two schools of thought are (1) this only applies to the spiritual standing of people in the eyes of God. it does not implicate social distinctions and gender roles on earth; and (2) this is not just about our spiritual standing but is also very much about how we relate to each other and treat each other in the here and now. Position (1) emphasises the immediate context of the verse and notes that it is embedded in a discussion about justification: our relationship with God. Position (2) reminds its critics that the "whole letter context" is very much about how people got on in the here and now together, and in fact the discussion about justification came out of an actual example of people treating other people differently (2:11ff).[16]

An interesting literary interpretation of this period of Christianity and the character of Paul can be found in Rudyard Kipling's short story "The Church that was at Antioch". A Roman soldier and follower of Mithraism discovers the faith on his death bed, after having tried to defuse tension between the Gentile and Jewish Christians over issues of Mosaic Law such as circumcision and the preparation of food.[citation needed] 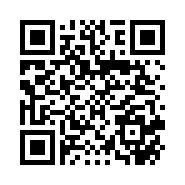