Discuss the difference between fast food and traditional food, such as nutrition, and recipe?

Discuss the difference between fast food and traditional food, such as nutrition, and recipe?

Living in a fast-paced society, the modern eaters are not longer interested in the contents of their food, but focused on whether a convenient meal is available at hand to devour. Statistics indicate that even housewives spend much shorter time at kitchen than their predecessors. This writing will compare and contrast advantages and disadvantages of fast food and traditional food.

Traditional food has its unshakable position in the human culture both in the social and historical context. Historically, chefs have gone to all lengths to experiment on novelties, invent cooking skills to gratify guests' hunger. Hence, traditional food has secured its incomparable value with a complex of tantalising features, including the variance, flavour, and taste. Its unique charms can nurture social relations as well. A family is accustomed to prepare a traditional feast to serve their guests at weekend or on holiday, such as Christmas.

Further, traditional food is favourably nutritious and balanced, compared with fast food. Dieticians have suggested audience through millions of televised courses that traditional food can retain more nutrition before being served on the table, for in general, they are cooked with a temperate heat. By contrast, the fast food are made at such a high temperature that nutrition has inescapably vaporised during the cooking process. Meanwhile, cooks pay more attention to the balance of recipe when preparing traditional food, such as combing meat with vegetable.

Despite a range of advantages, traditional food is overshadowed by its fast competitor in terms of time. Traditional food can consume a considerable amount of time from choosing materials, to arranging your table for visual appeal. In contrast, fast food cannot be faster when making a five-minute trip to a store around the corner, or even dialling to a fast food company. Needless to say recently, a string of fast food companies have tried their hardest to enrich the menu.

To summarise, traditional food has an irreplaceable role in our life, backed with various merits. However, its prevalence is declining for people are more and more time conscious.

Overshadow=eclipse=obscure:使黯然失色 His performance has eclipsed his predecessor's success. 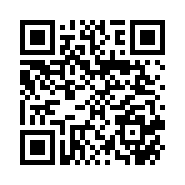