A 24-year-old Australian young man who sold his life, including baggage from a painful break-up, on eBay says he is still not quite sure why he did it.

Nicael Holt sold his name, phone number and all his possessions, including clothes, CDs, a surfboard, a laptop, a wonky pushbike, childhood photos, friends, and a nice lamp given to him by an ex-girlfriend, on the internet auction site.

The identity of the eBay auction winner is known only as ridderstrade.

Holt, a philosophy student from the southern coastal city of Wollongong who has set up a website to explain his actions and ask for donations to charity, said he was unable to explain why he sold his life.

In his sales pitch, Holt said the winner would be entitled to a four-week training course in how to be him —— including lessons on how to surf, climb, skateboard, fire twirl and do handstands —— as well as two months of on-call support afterward.

He also promised to introduce the winner to all his friends and potential lovers, including eight people he had been flirting with.

Lifestyle is very social. It includes a lot of going out, he noted on his eBay advert.

Friends will treat you exactly as they have treated me. This includes friends who take me surfing, running, climbing and cook for me. All of these features will be transferred over to the winning applicant.

His legal identity, passport, qualifications and future inheritance were not for sale. 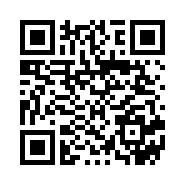