Prison Break actor Lane Garrison should be charged with felony gross vehicular manslaughter and driving under the influence of alcohol or drugs for a solo car crash that killed a teenage passenger and injured two others, police said Wednesday.

Police Chief David L. Snowden said investigators have also asked county prosecutors to charge Garrison, 26, with contributing to the delinquency of a minor.

Investigators recommended that the DUI allegation carry the enhancement that he had a blood-alcohol level of 0.15 percent or more. An adult driver in California is legally over the limit at 0.08 percent.

Jane Robison, a spokeswoman for the Los Angeles County district attorney, said the police report was under review but no decision had been made on whether to file charges.

Snowden said Garrison had a blood-alcohol level of 0.20 percent. After the crash, police said, the actor volunteered to submit a blood sample and analysis of it found he also had cocaine in his system.

Police were waiting to hear from the district attorney's office before making an arrest.

If charged and convicted of gross vehicular manslaughter, Garrison, a Dallas native who plays Tweener on the Fox drama, could face up to 10 years in prison.

Braun has said previously that Garrison met the youths at a grocery store and accompanied them to a party, where he had one drink. He told the Los Angeles Times that Garrison didn't remember anything about the accident after waking up in a hospital where he was treated for minor injuries.

The Garrison case marked the second time this week that crash investigators have asked for charges against a Hollywood celebrity in a traffic death.

On Monday, the California Highway Patrol recommended to the Los Angeles city attorney that actress-singer Brandy, 27, be charged with misdemeanor vehicular manslaughter for freeway chain-reaction crash that killed a woman motorist in December.

driving under the influence of alcohol（DUI）：酒後駕車 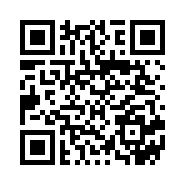