From Wikipedia, the free encyclopedia
In this Indian name, the name Palaniappan is a patronymic, not a family name, and the person should be referred to by the given name, Chidambaram.

Palaniappan Chidambaram (Tamil: பழனியப்பன் சிதம்பரம், born 16 September 1945) is an Indian politician affiliated with the Indian National Congress and a former Union Minister of Finance of the Republic of India. Mr. Chidambaram is a corporate lawyer and an important member of the last Congress-led government. He has been the Finance Minister since May 2004, except for a three and a half year stint - beginning November 2008 - as Home Minister, in the wake of the 2008 Mumbai terror attacks. Mr. Chidambaram returned as Finance Minister in July 2012, succeeding Pranab Mukherjee, who demitted office to become the President of India.[1][2]

In the budget for 1996–97, Chidambaram brought discipline in government spending and launched an ambitious tax reform program to tackle an unwieldy fiscal deficit. While, in the Budget of 2008, his move to waive off farmer debt has played a role in boosting aggregate demand in the Indian economy, thereby effectively insulating India from the impact of recession.[citation needed] He is a known supporter of the Gandhi dynasty. In particular, he has been supporting Rahul Gandhi, because of whom, people allege, congress suffered a humiliating defeat in the general elections of 2014 in India.[3]

Chidambaram was born to Kandanur L. Ct. L. Palaniappa Chettiar and Lakshmi Achi in Kanadukathan in the Sivaganga District, in the state of Tamil Nadu, India. His maternal grandfather was Raja Sir Annamalai Chettiar, a wealthy merchant and banker from Chettinad.[4] Chidambaram did his schooling at the Madras Christian College Higher Secondary Schooland received a pre-university degree from Loyola College, Chennai. After graduating with a BSc degree in statistics from the Presidency College, Chennai, he completed his Bachelor of Laws from the Madras Law College (now Dr. Ambedkar Government Law College) and his MBA from Harvard Business School in the class of 1968. He also holds a Master's degree from Loyola College in Chennai.[5] During this time his politics inclined to the left and in 1969 he joinedN. Ram, later editor of The Hindu, and the women's activist Mythili Sivaraman in starting a journal called the Radical Review.[6]

Chidambaram has two brothers and one sister.[7] His father's business interests covered textiles, trading and plantations in India. He chose to concentrate on his legal practice and stayed away from the family business.[citation needed]

He enrolled as a lawyer in the Madras High Court. He became a senior advocate in 1984. He had offices in Delhi and Chennai and practised in the Supreme Court and in various high courts of India.

He was inducted into the Union (Indian federal) Council of Ministers in the government headed by Prime Minister Rajiv Gandhi on 21 September 1985 as a Deputy Minister in the Ministry of Commerce and then in the Ministry of Personnel. His main actions during his tenure in this period was to control the price of tea. He has been criticised by theGovernment of Sri Lanka for destroying the Sri Lankan tea trade by fixing the prices of the commodity in India using state power. He was elevated to the rank of Minister of State in the Ministry of Personnel, Public Grievances and Pensions in January 1986. In October of the same year, he was appointed to the Ministry of Home Affairs as Minister of State for Internal Security. He continued to hold both offices until general elections were called in 1989. The Indian National Congress government was defeated in the general elections of 1989.

In 1996, Chidambaram quit the Congress party and joined a breakaway faction of the Tamil Nadu state unit of theCongress party called the Tamil Maanila Congress (TMC). In the general elections held in 1996, TMC along with a few national and regional level opposition parties formed a coalition government. The coalition government came as a big break for Chidambaram, who was given the key cabinet portfolio of Finance. His 1997 budget is still remembered as the dream-budget for the Indian Economy. The coalition government was a short-lived one (it fell in 1998), but he was reappointed to the same portfolio in the Government formed by Prime Minister Manmohan Singh in 2004.

In 1998, the Bharatiya Janata Party (BJP) took the reins of the Government for the first time and it was not until May 2004 that Chidambaram would be back in Government. Chidambaram became Minister of Finance again in the Congress party-Communist Party United Progressive Alliance government on 24 May 2004. During the intervening period Chidambaram made some experiments in his political career, leaving the TMC in 2001 and forming his own party, the Congress Jananayaka Peravai, largely focused on the regional politics of Tamil Nadu. The party failed to take off into mainstream Tamil Nadu or national politics. Just before the elections of 2004, he merged his party with the mainstream Congress party and when the Congress won the election, he was inducted into the Council of Ministers under the new Prime Minister Manmohan Singh as cabinet Minister of Finance. [8]

On 30 November 2008, he was appointed the Union Home Minister following the resignation of Shivraj Patil who had come under intense pressure to tender his resignation following a series of terror attacks in India, including the Mumbai attacks on 26 November 2008. The public response to this move was generally favourable given Chidambaram's reputation for competence and efficiency. He gained widespread acknowledgement for his reformist moves in the Ministry of Home Affairs. He is single-handedly credited[by whom?] for containing the violence in the north east region of India and oversaw the biggest armed surrender by rebel groups.[citation needed].

He has been credited with taking the bold decision of prioritising elections above corporate demands to deploy security for T20-20 matches of IPL.[9]

In 2009, Chidambaram was re-elected from Sivaganga Lok Sabha constituency in the Congress victory and retained the Home ministry.[10]

He was one of the representatives of the Central Government when a tri-party agreement was signed with the Gorkha Hill Council and the Government of West Bengal. The agreement was a result of Mamata Banerjee's effort to end a decade long unrest in the hills of Darjeeling.[11]

He is married to Nalini Chidambaram, daughter of Justice (Retd.) P.S. Kailasam, Supreme Court, and Mrs. Soundra Kailasam, a renowned Tamil Poet and author, who is a Senior Advocate, practising in the Madras High Court and in the Supreme Court. He has a son, Karti P. Chidambaram, who graduated with a BBA degree from the University of Texas, Austin, and a Masters in Law from University of Cambridge, UK. Karti, a Congress Party's AICC member, is active in Tamil Nadu state politics. Karti is married to Dr. Srinidi Rangarajan, a well-known bharathanatiyam dancer and a medical doctor, working with Apollo Hospitals, Chennai. Karti and Srinidhi have a daughter, Aditi Nalini Chidambaram.

Chidambaram was criticised for his ministry's failure to prevent the 13 July 2011 Mumbai bombings, in spite of massive investments in security following the 2008 Mumbai attacks. Three years after the 2008 attacks, security preparations were proven to be inadequate with channel breakdown and failures in modernising, procuring and installing security equipment.[17] Chidambaram defended the agencies under his ministry against the charge of intelligence failure with the response:

On 7 April 2009, India's home minister P. Chidambaram was assaulted by Jarnail Singh, a Sikh journalist during a press conference in Delhi on the issue of clean chit to Jagdish Tytler. Singh, who works at the Hindi daily newspaper Dainik Jagaran was dissatisfied with Chidamabaram's answer to a question on the Central Bureau of Investigation's (CBI) clean chit to Jagdish Tytler on the 1984 anti-Sikh riots case. It was the first shoe throwing incident in India.[20][21]

Chidambaram was accused of conspiring to split Telugu speaking state,Andhra Pradesh, by exploiting the then Telangana agitation. 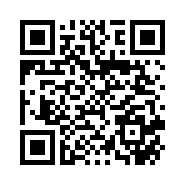