橄欖球明星邁克爾·奧赫是一個孤兒，從未體驗到家庭的溫暖，直到被陶西一家收養，他的運動天賦才真正被發掘出來。
"The Blind Side" depicts the story of Michael Oher, a homeless African-American youngster from a broken home, taken in by the Touhys, a well-to-do white family who help him fulfill his potential. At the same time, Oher's presence in the Touhys' lives leads them to some insightful self-discoveries of their own. Living in his new environment, the teen faces a completely different set of challenges to overcome. As a football player and student, Oher works hard and, with the help of his coaches and adopted family, becomes an All-American offensive left tackle.


小女孩安娜提出控告，認為父母生下她只是為了給身患白血病的姐姐提供活下去的機會，但安娜的做法背後其實隱藏著驚人的秘密。
In Los Angeles, the eleven year old Anna Fitzgerald seeks the successful lawyer Campbell Alexander trying to hire him to earn medical emancipation from her mother Sara that wants Anna to donate her kidney to her sister. She tells the lawyer the story of her family after the discovery that her older sister Kate has had leukemia; how she was conceived by in vitro fertilization to become a donor; and the medical procedures she has been submitted since she was five years old to donate to her sister. Campbell accepts to work pro bono and the obsessed Sara decides to go to court to force Anna to help her sister.

《珍愛人生 Precious》狠心媽媽
80年代末的紐約哈林區，家境貧困的非裔胖女孩遭受母親淩虐，又被父親強暴，她如何在人生逆境中找到定位，從被壓迫到自我覺醒？
Claireece Precious Jones endures unimaginable hardships in her young life. Abused by her mother, raped by her father, she grows up poor, angry, illiterate, fat, unloved and generally unnoticed. So what better way to learn about her than through her own, halting dialect.

生長在單親家庭的女孩，想借著自己結婚的大喜日子，與素未謀面的父親相認。可讓她糾結的是，竟然有三個人都可能是她的爸爸。
Set on a colorful Greek island, the plot serves as a background for a wealth of ABBA songs. A young woman about to be married discovers that any one of three men could be her father. She invites all three to the wedding without telling her mother, Donna, who was once the lead singer of Donna and the Dynamos. In the meantime, Donna has invited her backup singers, Rosie and Tanya.


丈夫大衛因童年的陰影，極度害怕第二度傷害的侵襲，當妻子諾拉順利產下一對龍鳳胎，女兒卻不幸患上蒙古症，為了保護妻子，大衛獨自決定隱瞞事實，長痛不如短痛，送走女兒並欺騙妻子說，女兒已在生產中過世；諾拉因喪女的傷痛開始酗酒，而且有了外遇；原本受大衛託付的護士一時心軟，決心帶著蒙古症的女孩遠走高飛，並親自將她撫養長大……
On a snowy winter night in 1964, Dr. David Henry rushes his pregnant wife Norah to the hospital, where, with help from her husband and nurse Caroline Gill, she delivers their son Paul. However, Dr. Henry discovers that his wife was carrying twins, and helps her deliver the second child, a baby girl named Phoebe. Shortly after Phoebe's birth, he finds that she has Down Syndrome, and hands her over to Nurse Caroline, explaining that the death of his ill sister nearly destroyed their mother and he doesn't want Norah to go through that. Instead, he instructs Caroline to take Phoebe to a nearby institution for the mentally ill, figuring the child won't live much longer, and tells Norah that Phoebe was a stillborn. However, after visiting the institution and seeing the state of the other patients, Caroline takes the baby home with her, stopping along the way to buy formula and diapers. With help from a truck driver named Al, Caroline begins to raise the baby as her own, while Dr. Henry develops an obsession for photography after his wife gives him the gift of a Memory Keeper camera.


“母愛”無處不在，《因為我這麼說》正是來源於此：當母愛變成了一種“壓制”之後，再偉大，再無私，也很容易讓人窒息。
Daphne Wilder is a mother whose love knows no bounds or boundaries. She is the proud mom of three daughters: stable psychologist Maggie, sexy and irreverent Mae and insecure, adorable Milly - who, when it comes to men, is like psychotic flypaper. In order to prevent her youngest from making the same mistakes she did, Daphne decides to set Milly up with the perfect man. Little does Milly know, however, that her mom placed an ad in the on-line personals to find him. Comic mayhem unfolds as Daphne continues to do the wrong thing for the right reasons...all in the name of love. In a battle of strong wills, the mother-daughter dynamic is tested in all its fierce, wacky complexity. The girls help Daphne finally discover the truths and impossibilities of motherly love, all while trying to answer the questions: where does it begin and where should it end?


單身母親苔絲·科爾曼和自己15歲的女兒安娜對各種事情的意見都不一致，兩人總在鬥嘴。母親不理解女兒的高中生活，女兒也不明白做醫生的母親的責任和她的未婚夫。這天兩人又鬧起來，並認為對方在生活中的表現讓自己很不滿意，覺得如果相同的情況讓自己來應付，肯定可以輕鬆搞定，活得漂漂亮亮，而...
The wide generation gap between Tess Coleman and her teenage daughter Anna is more than evident. They simply cannot understand each other's preferences. On a Thursday night they have a big argument in a Chinese restaurant. Both receive a fortune cookie each from the restaurant owner's mother which causes them to switch bodies next day. As they adjust with their new personalities, they begin to understand each other more and eventually it's the mutual self-respect that sorts the things out.


經過多年尋覓之後，查莉(詹妮弗·洛佩茲飾)終於找到了她夢想中的白馬王子-- 凱文(邁克爾·瓦坦飾)，兩人迅速陷入了熱戀之中，並開始談婚論嫁，查莉的美夢眼看就要實現了。不過很快的，查莉就發現她的惡夢也隨之出現，那就是凱文的母親--維奧拉·菲爾德(簡·芳達飾)。兩個女人水火不容，誓必要爭奪個“你死我活”，來決定誰才是這個家的“第一女主人”……
When the versatile and simple Charlotte meets the surgeon Kevin, she finds her Prince Charming. Meanwhile, his obsessive mother and famous anchor Viola is replaced on her TV talk show and has a nervous breakdown. When she leaves the clinic, Kevin schedules a visit with Charlie to her mansion and unexpectedly proposes to Charlie. Viola decides to plot a despicable plan to make Charlie crazy and call off their weeding. When Charlie discloses the scheme of her future mother-in-law, she pays her back for her malice.


塞爾瑪是一個捷克移民、在美國一個鄉村工廠工作的單身母親。她的精神支柱是對音樂的激情，特別是對充滿著歌唱、舞蹈的好萊塢音樂喜劇感興趣。但塞爾瑪有一個令她心痛的秘密：她的視力正慢慢地衰退，而且她發現她的兒子因遺傳的原因而有同樣的疾病。如果她不能掙到足夠的錢支付動手術的費用，她的兒子也難以逃脫變瞎的命運。但是，在一個絕望的鄰居錯誤地控告她偷竊了他的積蓄後，有關她命運的一場戲已逐漸走到了複雜的結局……
Selma has emigrated with her son from Central Europe to America. The year is 1964. Selma works day and night to save her son from the same disease she suffers from, a disease that inevitably will make her blind. But Selma has the energy to live because of her secret! She loves musicals. When life feels tough she can pretend that she is in the wonderful world of musicals...just for a short moment. All happiness life is not able to give her she finds there...


生活中人沒有選擇的時候，只能夠改變自己去適應。艾米利是一個“墮落”的搖滾明星，因為這個原因，她的公公婆婆帶走了她的兒子，以免受到她的不良影響。她立志奪回遠離自己的兒子。為了達到這個目的，她必須“清潔”，離開毒品並開始一種新生活。
The former successful forty-two years old rock star Lee Hauser is decadent and his friends blame his girlfriend Emily Wang for the fall in his career due to excessive use of drugs. Their son Jay is raised by his grandparents Albrecht Hauser and Rosemary Hauser in Vancouver. When Lee dies of overdose in a motel room, Emily is sentenced to six months in jail. She moves to Paris where she unsuccessfully struggles to keep clean. When she decides to retrieve the guard of her son, she is supported by her father-in-law and finds the necessary strength to rebuild her life.


傑茜曾是一位資深編輯，婚後專心家務，成了一名兒女至上的家庭主婦。當律師的丈夫路克事業蒸蒸日上，而夫婦彼此間的情感卻日漸冷淡，最終一紙離婚訴狀遞上法庭。隨後路克結識了紐約一流時裝攝影師伊莎貝爾，毫無育兒經驗的伊莎貝爾當上了不受人歡迎“繼母”角色，盡其所能討好路克的兩個孩子。年輕的攝影師取代老編輯成為家中新女主人，結果兩個女人相互憎恨，針鋒相對。於是，這個家庭裡充滿了尖酸刻薄的對話和強烈的矛盾衝突...
Anna and Ben, the two children of Jackie and Luke, have to cope with the fact that their parents divorced and that there is a new woman in their father's life: Isabel, a successful photographer. She does her best to treat the kids in a way that makes them still feel at home when being with their dad, but also loves her work and does not plan to give it up. But Jackie, a full-time mother, regards Isabel's efforts as offensively insufficient. She can't understand that work can be important to her as well as the kids. The conflict between them is deepened by the sudden diagnose of cancer, which might may be deadly for Jackie. They all have to learn a little in order to grow together. 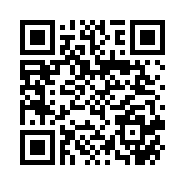