The royal couple were presented with a boomerang for their infant son, George, and delighted Olympians and ordinary folk alike during a whistlestop tour of Brisbane, Australia's third-largest city.
BRISBANE, Australia -- Britain's Prince William and his wife Kate met with the families of Australian soldiers killed in recent conflicts Saturday and took a front-row fighter jet seat as their tour headed north.

Huge crowds turned out to greet the imperial pair, who began their day at the Amberley Air Force base with military formalities including a guard of honor and flyover by two F/A-18 Super Hornets.

William, who trained with Britain's Royal Air Force and whose grandmother Queen Elizabeth II is Australia's head of state, was first to inspect the next-generation Boeing fighter jet, offering his wife a tongue-in-cheek invitation as he climbed aboard.

“Do you fancy jumping in the back?” he joked.

Dressed in a blue and white poppy print dress from L.K. Bennett, the Duchess took straight to the cockpit, keenly inspecting the jet's dials and controls.

Poppies are a symbol of remembrance in the military community.

Air Force chief Air Marshall Geoff Brown said the couple were impressed by the Australian weather compared with neighboring New Zealand, where they were last week.

During their tour of the base twins Elijah and Tobee Dyer, aged three-and-a-half, presented Kate with a tiny boomerang — an Aboriginal tool — for her infant son George who remained in Sydney on Saturday.

“It's for George from us,” Elijah told the duchess.

Prince George has been a big hit on his first tour abroad, winning a legion of his own fans including six-month-old Alyssa McCabe, who was offered up by mother Jillian for a play-date and held fast to Kate's hand when introduced, prompting laughs about her “iron grip.”

Another, 10-month-old Grace Farrelly, won the crowd over during a later meet and greet in central Brisbane with a floral head-dress and pink t-shirt emblazoned with “Marry Me George.”

After planting a tree at the base's memorial garden the Duke and Duchess hosted a reception for the families of Australian troops killed in Iraq and Afghanistan.

Widow Nicole Pearce, whose husband David was killed by a roadside bomb in Uruzgan in 2007, said she was touched by Kate's interest in her story.

“She was sincerely quite sad for us to think David was only over there for two weeks when he was killed,” said Pearce.

“It is bittersweet. I'd rather have Dave here, and the reason we're here is because he's not,” she added.

“But I think he would be really proud, really honored to think we had an opportunity like this.”

From the base, Kate and William moved onto an official gala lunch with guests including solo youth sailor Jessica Watson and Olympic hurdles champion Sally Pearson.

“This is the future King and Queen, it's so exciting,” said Pearson.

Some 10,000 well-wishers and avid monarchists queued for hours to catch a glimpse of the couple as they took a stroll after lunch in the city center, shaking hands and pausing for photos.

They were bombarded with gifts including flowers, stuffed native animal toys and chocolate Easter eggs.

A small Aboriginal land rights protest was dispersed by police before their arrival.

The royals have returned to Sydney where they will attend an Easter Sunday church service and visit the city's Taronga Zoo, where an enclosure housing the native marsupial bilby has been named in Prince George's honor. 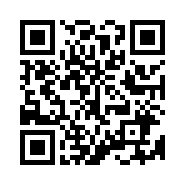