Walter Lippmann (23 September 1889 – 14 December 1974) was an American intellectual, writer, reporter, and political commentator who became highly popular for the introduction of the concept of Cold War for the first time in the world. Lippmann was awarded twice (1958 and 1962) a Pulitzer Prize for his syndicated newspaper column, “Today and Tomorrow”.

Early Life
Walter Lippmann was born on 23 September 1889, in New York City, to Jacob and Daisy Baum Lippmann; his upper-middle class German-Jewish family, took annual holidays in Europe. At age 17, he entered Harvard University where he studied under George Santayana, William James, and Graham Wallas, concentrating upon philosophy and languages (he spoke German and French), and earned his degree in three years, graduating as a member of the Phi Beta Kappa society

Career
In 1911 Lincoln Steffens, the campaigning journalist, took Lippmann on as his secretary. Like Steffens, Lippmann supported Theodore Roosevelt and the Progressive Party in the 1912 presidential elections. Lippman's book, A Preface to Politics (1913) was well-received and the following year he joined Herbert Croly in establishing the political weekly, the New Republic.

Lippmann rejected his earlier socialism in Drift and Mastery (1914) and in 1916 became a staunch supporter of Woodrow Wilson and the Democratic Party. In 1917 Lippmann was appointed as assistant to Newton Baker, Wilson's secretary of war. Lippman worked closely with Woodrow Wilson and Edward House in drafting the Fourteen Points Peace Programme. He was a member of the USA's delegation to the Paris Peace Conference of 1919 and helped draw up the covenant of the League of Nations.

In 1920 Lippmann left the New Republic to work for the New York World. His controversial books, Public Opinion (1922) and The Phantom Public (1925), raised doubts about the possibility of developing a true democracy in a modern, complex society.

Lippmann became editor of the New York World in 1929, but after it closed in 1931, he moved to the New York Herald Tribune. For the next 30 years Lippmann wrote the nationally syndicated column, Today and Tomorrow. Lippmann developed a very pragmatic approach to politics and during this period supported six Republican and seven Democratic presidential candidates.

After the Second World War, Lippmann returned to the liberal views of his youth. He upset leaders of both the Democratic and Republican parties when he opposed the Korean War, McCarthyism and the Vietnam War. Walter Lippmann died on 14th December, 1974. 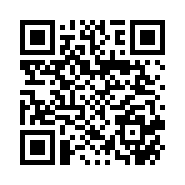