Describe a letter. You should say:   When you received it.   Who sent it to you?   What it

Describe a letter. You should say:

When you received it.

Who sent it to you?

What it was about.

Whether it was important to you, and why.

a) If I had to describe a letter that I received, I would like to tell you about one I received from the visa office.

b) I am sure you have received many important letters in your life too.

a) The letter was to let me know that the authorities had approved my visa application.

b) That is to say, I had been informed that my visa would be mailed to me in a few days.

a) I received the letter yesterday afternoon just as I was returning from a visit to my best friend.

b) In other words, I was not expecting it at all, and so it was a complete surprise to me.

There are several reasons as for why this particular letter was important to me. Allow me to explain by mentioning some of them briefly.

a) First of all, the process of applying for a visa is complicated and takes a long time to complete.

b) For example, my friend Jo has been working on it for three months now, and still has had no success.

a) Secondly, the letter will change the whole course of my life from now onwards.

b) For instance, it at last gives me the opportunity to fulfill one of my lifelong dreams of being able to study at a university abroad. The resulting qualification will open many new career paths to me.

a) Lastly, the letter has confirmed to me that if I persist in a matter, I will eventually win.

b) That is to say, all the hours that I spent standing in queues and filling in forms were not in vain.

7. So, those were some thoughts on an important letter that I received. 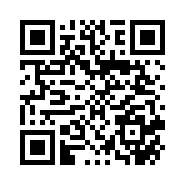