Describe a kind of extreme weather. You should say:   What it is.   When it happened.   Wh

Describe a kind of extreme weather. You should say:

Where you were at the time.

How you felt at the time.

a) If I had to describe a kind of extreme weather, I would choose to speak about a snowstorm that I experienced.

b) I am not sure if you have experienced a snowstorm yet.

a) Last winter we had a severe snowstorm here in Shenyang.

b) That is to say, for two days we had heavy snowfalls accompanied by gale force winds.

a) I was still a scholar at the time, and my life was disrupted too.

b) For example, our school had to be closed for a week after the storm, and we missed many classes.

There are several reasons as for why I would like to talk about that snowstorm. Allow me to explain by mentioning some of them briefly.

a) First of all, many workers suffered because of the storm.

b) What I mean to say, that people could not go to work, and lost some of their normal income for that week.

a) Secondly, the economy of the city was hurt.

b) For instance, factories were closed and could not produce as they usually did.

a) Lastly, the storm caused a lot of damage all over the city.

b) That is to say, many buildings were damaged by the wind, and had to be repaired at great cost.

7. So, those were some thoughts on an extreme kind of weather that I experienced. 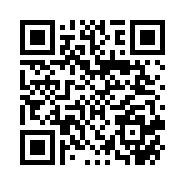