One evening, a man named Kris attended a wedding party. It was held in a luxury hotel, where there were a lot of guests.

Everyone talked lively and happily during the meal, including Kris. Being the best friend of the couple, Kris drank a lots in ecstasy because he felt really happy for them.

Later, Kris excused himself and left the party. He stood on the road, waiting for a taxi. But, unfortunately, he drank too much to stay conscious. Upon seeing a car coming to him, Kris waved his arms immediately, saying “Hey, Taxi!" loudly. Then the car stopped. However, Kris wasn´t aware that was a police car, not a taxi!

Kris couldn´t remember anything that had happened during the drive to the police office.He was waken up by a thunderous sound, “What are you doing? Do you know where it is?" said the police officer. Kris was shocked to death but had no reason for explaination.

One evening, John was invited to his old friend´s wedding. Meeting so many classmates in university, he became more and more excited. He talked a lot with other, laughed happily, and also, drank a lot.

When it got darker and darker outside, he knew that he had to go home. So much did he drank that he couldn´t even drive home on his own. He then walked on the side of the road and tried to find a taxi to take him home. He waved to the cars, shouted out something, and even ran onto the road with his body turning round. Not long after he did these, here came a car. It stopped in front of him, and he got on the car without hesitation. And soon, he fell asleep.

When he opened his eyes again, he found himself in the police station. To his dismay, he didn´t remember what he had done yesterday. A policeman came up to him and scolded him angrily. He was too embarrassed to look up at him. He really learned a lesson from the impressing mistake.

One evening, I went to one of my friends´ weeding in my black suit. I was happy that he married a nice girl. And I was so excited that I drank too much. On my way home, my head was dazzling and my feet were heavy that I couldn´t walk well. So I gave up walking home, waving my hand to stop a taxi. Though I thought that taxi was strange with the sparking light, I still got into the car and told the driver my address. Then I fell into a deep dream in the taxi. The next morning I woke up, I felt uncomfortable and tried to move my limbs to make myself awake. When I stood up, I found that I was in the police station instead of my bedroom. What happened last night? A policeman pointed at the police car outside and told me “That was the “taxi" you took last night, do you have any problem now?"

One evening, there was a wedding party at a fancy hotel. The party´s atmosphere was so happy and all people including the guests and the new couples cheered to each other all night. Later, the party was over and every person was much drank.

The night became darker and darker and there was few cars on the streets. One of the guests was about to go home by taxi, but he was so much drunk that he couldn´t even distinguish the taxi between the police car. He hired the police car and took on. The police asked where he lived patiently, but he just kept smiled without saying any words…

The next morning, the man finally awoke, finding himself sitting in the police office. He was shocked. When the police told him the whole thing, he felt so embarrassed.

One evening, a wedding party was held in a beautiful, nice and high-class resturant . A homeless named Paul walked by and was curious to what was happening inside. He was starving, and was looking for a place to take a rest. The music was turned on so loud, and the food were smelling so good. Paul walked in without thinking.

It was a place full of happiness, grace and the most important thing, food. Paul couldn´t stop himself from putting the food in his mouth though his mouth was already full of food. While he was eating, he saw a bottle of wine.

“1989´s Wiskey…" he said with a voice seemed to be desired of alcohol. Paul was once a man that was usually drunk every moment. That´s the reason why he was a homeless. He spent all his money on it. He started to drink, one by one, the bottle were enough to full a pakage!

The man came out and saw him with anger.

“What the hell do you thing you´re doing here?!" the man cried out. He quickly threw Paul out and trying to fix the mass Paul made.

Paul was already drunk. He didn´t know what was he doing, and even where he was.

A police car came by and saw him. Paul thought it was a taxi and trying to stop it. The car stopped and Paul past out very soon on the car. Ten minutes later, Paul woke up with a started. He was in the police station.

These kind of story have happened very often in these day. People who don´t work or have no work are all marking around on the street. This really caused a great society problem. These things should be avoid in our life because we have a group of police who should be working for the people. Having these kind of questions can dissepear soon.

One evening, my brother dressed himself up in order to attend his friend´s weding. When he arrived at the resturant, he came across a classmate who hadn´t connected with him since he graduated from college. My brother was so happy that he drank a large amount of wine.

After the weding, My brother walked along the street and he wanted to take a taxi. Because my brother war drunk, no driver wanted to let him get on the car. Finally, my brother glazed at a car so he raised his hand and got on it. He fell asleep as soon as he sat. When he wake up, he found he was in police station. How terrible he is!

One evening, he go to a dinner and eat very much, drink very much.So he has a little醉.When the dime in the end, he will go home by heself.He was walking on the road, and he went to took a taxi.But, he was disunderstanding, he took a police car.And then, the police take he to police局.Next day, at 8:00am, he is disunderstanding, why he will in there?The police is talk him, he was have 喝醉 yesterday.So he is very red-face, and then he just real go home.

One evening the man went to attend friend´s marry ceremony, he drinks a lot of wine, and gulp face to host.The host very angry because he so not polite.

He didn´t know himself act so funny, and wave his hand for police car.The policeman took him to police office.

As a result, the man wake up look the policeman, the policeman very angry said, “Were are you".Do you know?Then man said, I don´t know." “Why I am here?"

One evening, a man went to a party.He drinked much CH3COOH and that he felt asleep.When the party was end he want to went home.He took taxi and sleep on the car.What can the driver do?When the man opened his eyes, he saw aand his family.

Travel Is The Best Teacher

I´ve been to many countries before, and I enjoy my trip very much every time. To me, travel is the best teacher. By traveling, I can always broaden my mind and open my eyes to the things about which I had no idea before; I could also see the things which appeared only in the textbook before and that´s no doubt a wonderful experience.

Last summer, I went to Malaysia with a foundation, I used to consider it to be a poor country, but I was totally shocked at how prosperous it is! So many tall buildings and well-organized communities were right before my eyes! We also had some interaction with the local students. I found their learning attitude very active, which was very different from that of the Taiwanese students.

After my trip to Malaysia, I realized that many countries in Asia are prospering, while Taiwan seems to be going backward. I also remind myself that we should never look down on others, and we should equip ourselves with knowledge and unique perspectives, so that we may be able to be outstanding rather than being overwhelmed by the others. We should be more active in our learning and try to set up our goals.

If I hadn´t been to Malaysia, I wouldn´t have gained so many insights in these things. To me, travel is truly the best teacher.

When you saw the romantic EiffelTower in the movies, or watched the Great Wall of China on TV, have you ever imagined that you could admire such specific constructions on the sense some day? The advantages of traveling is a lot. First, traveling can make us open our eyes, we can see the senery not through the media, but by ourselves. How wonderful that you can appreciate breathtaking senses just in front of them! Second, with the advanced education, we have known a wide variety of knowledges about many countries. Such as history, climate and even customs, but if we never been the places, it is no use to get so many informations.

During the winter vacation this year, I took a trip to Sigapore with my family. This was my first time to go abroad. In those four days, I learned a lot about this lively country, including saw the famous Merlion, visited the Indian temple … etc. When the guide gave some informations for us at some spots, I could merge them in to the geography class easily, even could answer the questions from the guide. I was proud of that I could use the knowledge in books to the real life!

However, there is a great deal of advantages about traveling, so I sincerely recommend that you should take a travel someday! 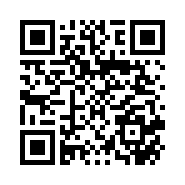