Earl Warren (March 19, 1891 – July 9, 1974) was the 14th Chief Justice of the United States and the only person elected Governor of California three times. Before holding these positions, Warren served as a district attorney for Alameda County, California and Attorney General of California. He is best known for the sweeping liberal decisions of the Warren Court, which ended school segregation and transformed many areas of American law, especially regarding the rights of the accused, ending school prayer, and requiring “one-man-one vote” rules of apportionment. He made the Court a power center on a more even base with Congress and the presidency especially through four landmark decisions: "Brown v. Board of Education" (1954), "Gideon v. Wainwright" (1963), "Reynolds v. Sims" (1964), and "Miranda v. Arizona" (1966).

As governor of California, Warren was very popular across party lines, so much so that in the 1946 gubernatorial election he won the nominations of the Democratic, Progressive, and Republican parties and was reelected virtually without opposition. His tenure as Chief Justice was as divisive as his governorship was unifying. Liberals generally hailed the landmark rulings issued by the Warren Court which affected, among other things, the legal status of racial segregation, civil rights, separation of church and state, and police arrest procedure in the United States. But conservatives decried the Court's rulings, particularly in areas affecting criminal proceedings. In the years that followed, the Warren Court became recognized as a high point in the use of judicial power in the effort to effect social progress in the United States. Warren himself became widely regarded as one of the most influential Supreme Court justices in the history of the United States and perhaps the single most important jurist of the 20th century.

In addition to the constitutional offices he held, Warren was also the vice-presidential nominee of the Republican Party in 1948, and chaired the Warren Commission, which was formed to investigate the 1963 assassination of President John F. Kennedy.

Scholars agree that as a judge, Warren does not rank with intellectual giants such as Louis Brandeis, Hugo Black, William Brennan or William Rehnquist in terms of jurisprudence. His opinions were not always clearly written, and his legal logic was often muddled. His strength lay in his clear vision that the Constitution embodied natural rights that could not be denied to the citizenry and that the Supreme Court had a special role in protecting those rights.

Political conservatives attacked his judicial activism as inappropriate and have called for courts to be deferential to the elected political branches. Political liberals sometimes admit that the Warren Court went too far in some areas, but insist that most of its controversial decisions struck a responsive chord in the nation and have become embedded in the law.

Attorney General of California
In 1938 he won the primaries in all major parties, thanks to a system called "cross filing." and was elected without serious opposition. Once elected he organized statelaw enforcement officials into regions and led a statewide anti-crime effort. One of his major initiatives was to crack down on gambling ships operating off the coast of Southern California.

As Attorney General, Warren is most remembered for being the moving force behind Japanese internment during the war—the compulsory removal of people of Japanese descent to inland internment camps away from the war zone along the coast. Following the Japanese Attack on Pearl Harbor in December 1941, Warren organized the state's civilian defense program, warning in January, 1942, that, "The Japanese situation as it exists in this state today may well be the Achilles heel of the entire civilian defense effort." Throughout his lifetime, Warren maintained that this seemed to be the right decision at the time.

U.S. Supreme Court
Appointed to Supreme Court
In 1952, Warren stood as a "favorite son" candidate of California for the Republican nomination for President, hoping to be a power broker in a convention that might be deadlocked. But Warren had to head off a revolt by Senator Richard M. Nixon who supported General Dwight D. Eisenhower. Eisenhower and Nixon were elected, and the bad blood between Warren and Nixon was apparent. Eisenhower offered, and Warren accepted, the post of solicitor general, with the promise of a seat on the Supreme Court. But before it was announced Chief Justice Fred Vinson unexpectedly died in September 1953 and Eisenhower picked Warren to replace him as Chief Justice of the United States. The president wanted an experienced jurist who could appeal to liberals in the party as well as law-and-order conservatives, noting privately that Warren "represents the kind of political, economic, and social thinking that I believe we need on the Supreme Court.... He has a national name for integrity, uprightness, and courage that, again, I believe we need on the Court".

The Warren Court
Main article: Warren Court
Warren took his seat January 11, 1954 on a recess appointment; the Senate confirmed him six weeks later. Despite his lack of judicial experience, his years in the Alameda County district attorney's office and as state attorney general gave him far more knowledge of the law in practice than most other members of the Court had. Warren's greatest asset, what made him in the eyes of many of his admirers "Super Chief," was his political skill in manipulating the other justices. Over the years his ability to lead the Court, to forge majorities in support of major decisions, and to inspire liberal forces around the nation, outweighed his intellectual weaknesses. Warren realized his weakness and asked the senior associate justice, Hugo L. Black, to preside over conferences until he became accustomed to the drill. A quick study, Warren soon was in fact as well as in name the Court's chief justice.

All the justices had been appointed by Franklin D. Roosevelt or Truman, and all were committed New Deal liberals. They disagreed about the role that the courts should play in achieving liberal goals. The Court was split between two warring factions. Felix Frankfurter and Robert H. Jackson led one faction, which insisted upon judicial self-restraint and insisted courts should defer to the policymaking prerogatives of the White House and Congress. Hugo Black and William O. Douglas led the opposing activist faction; they agreed the court should defer to Congress in matters of economic policy, but felt the judicial agenda had been transformed from questions of property rights to those of individual liberties, and in this area courts should play a more activist role. Warren's belief that the judiciary must seek to do justice, placed him with the activists. although he did not have a solid majority until after Frankfurter's retirement in 1962.

Warren Commission
Main article: Warren Commission
President Johnson demanded in the name of patriotic duty that Warren head the governmental commission that investigated the assassination of John F. Kennedy. It was an unhappy experience for Warren, who did not want the assignment. As a judge, he valued candor and justice, but as a politician he recognized the need for secrecy in some matters. He insisted that the commission report should be unanimous, and so he compromised on a number of issues in order to get all the members to sign the final version. But many conspiracy theorists have attacked the commission's findings ever since, claiming that key evidence is missing or distorted and that there are many inconsistencies in the report. The Commission concluded that the assassination was the result of a single individual, Lee Harvey Oswald, acting alone. Fears of possible Soviet or Cuban foreign involvement in the assassination necessitated the establishment of a bipartisan commission that, in turn, sought to depoliticize Oswald's role by downplaying his Communist affiliations. The commission weakened its findings by not sharing the government's deepest secrets. The report's lack of candor furthered antigovernment cynicism, which in turn stimulated conspiracy theorists who propounded any number of alternative scenarios, all mutually contradictory. 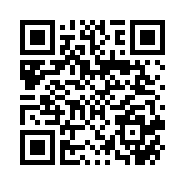