In the earliest stages of man's development he had no more need of money than animals have. He w

In the earliest stages of man's development he had no more need of money than animals have. He was content with very simple forms of shelter, made his own rough tools and weapons and could provide food and clothing for himself and his family from natural materials around him. As he became more civilized, however, he began to want better shelter, more efficient tools and weapons, and more comfortable and more lasting clothing than could be provided by his own neighborhood or by the work of his own unskilled hands. For these things he had to turn to the skilled people such as smiths, leather workers or carpenters. It was then that the question of payment arose.

At first he got what he wanted by a simple process of exchange. The smith who had not the time to look after land or cattle was glad to take meat or grain from the farmer in exchange for an axe or a plough. But as more and more goods which had no fixed exchange value came on the market, exchange became too complicated to be satisfactory. Another problem arose when those who made things wanted to get stocks of wood or leather, or iron, but had nothing to offer in exchange until their finished goods were ready.

Thus the difficulties of exchange led by degrees to the invention of money. In some countries easily handled things like seeds or shells were given a certain value and the farmer, instead of paying the smith for a new axe by giving him some meat or grain, gave him so many shells. If the smith had any shells left when he had bought his food, he could get stocks of the raw materials of his trade. In some countries quite large things such as cows or camels or even big flat stones were used for trade. Later, pieces of metal, bearing values according to the rarity of the metal and the size of the pieces, or coins were used. Money as we know it had arrived.

B: smiths began to look after land or cattle in their spare time

C: more and more goods which had no fixed exchange values came to the marker

A: paper was invented

B: people practiced a simple process of exchange

C: nothing could be offered in exchange

D: the exchange of one thing for another became too complicated

A: What is money

B: What are money's functions.

C: The importance of money

D: The beginning of money

1 stage 階段；時期at an early stage in our history

to travel by easy stages 從容旅行

We should never content ourselves with a little book knowledge only.

He stood in the shelter at the bus stop.

Don't complicate life for me! 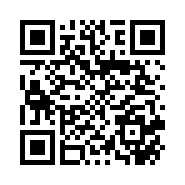