Almost everyone with or without a computer is aware of the latest technological revolution destined to change forever the way in which humans communicate, namely, the Information Superhighway, best exemplified by the ubiquitous Internet. Already, millions of people around the world are linked by computer simply by having a modem and an address on the `Net', in much the same way that owning a telephone links us to almost anyone who pays a phone bill. In fact, since the computer connections are made via the phone line, the Internet can be envisaged as a network of visual telephone links. It remains to seen in which direction the Information Superhighway is headed, but many believe it is the educational hope of the future.

The World Wide Web, an enormous collection of Internet addresses or sites, all of which can be accessed for information, has been mainly responsible for the increase in interest in the Internet in the 1990s. Before the World Wide Web, the `Net' was comparable to an integrated collection of computerized typewriters, but the introduction of the `Web' in 1990 allowed not only text links to be made but also graphs, images and even video.

Anyone can set up a site; promoting your club, your institution, your company's products or simply yourself, is what the Web and the Internet is all about. And what is more, information on the Internet is not owned or controlled by any one organization. It is, perhaps, true to say that no one and therefore everyone owns the `Net'. Because of the relative freedom of access to information, the Internet has often been criticised by the media as a potentially hazardous tool in the hands of young computer users. This perception has proved to be largely false however, and the vast majority of users both young and old get connected with the Internet for the dual purposes for which it was intended - discovery and delight.

1.Everyone is aware of the Information Superhighway.2.Using the Internet costs the owner of a telephone extra money.3.Internet computer connections are made by using telephone lines.4.The World Wide Web is a network of computerised typewriters.5.According to the author, the Information Superhighway may be the future hope of education.6.The process called `hypertext' requires the use of a mouse device.7.The Internet was created in the 1990s.8.The `home page' is the first screen of a `Web' site on the `Net'.9.The media has often criticised the Internet because it is dangerous.10. The latest technological revolution will change the way humans communicate. 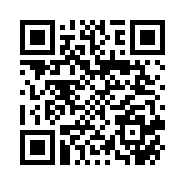