True／False／Not Given Exercises   When was the last time you saw a frog? Chances are, if you live

When was the last time you saw a frog? Chances are, if you live in a city, you have not seen one for some time. Even in wet areas once teeming with frogs and toads, it is becoming less and less easy to find those slimy, hopping and sometimes poisonous members of the animal kingdom. All over the world, and even in remote parts of Australia, frogs are losing the ecological battle for survival, and biologists are at a loss to explain their demise. Are amphibians simply oversensitive to changes in the ecosystem? Could it be that their rapid decline in numbers is signaling some coming environmental disaster for us all? This frightening scenario is in part the consequence of a dramatic increase over the last quarter century in the development of once natural areas of wet marshland; home not only to frogs but to all manner of wildlife. However, as yet, there are no obvious reasons why certain frog species are disappearing from rainforests in Australia that have barely been touched by human hand. The mystery is unsettling to say the least, for it is known that amphibian species are extremely sensitive to environmental variations in temperature and moisture levels. The danger is that planet Earth might not only lose a vital link in the ecological food chain (frogs keep populations of otherwise pestilent insects at manageable levels), but we might be increasing our output of air pollutants to levels that may have already become irreversible. Frogs could be inadvertently warning us of a catastrophe.

An example of a species of frog that, at far as is known, has become extinct, is the platypus frog. Like the well-known Australian mammal it was named after, it exhibited some very strange behaviour; instead of giving birth to tadpoles in the water, it raised its young within its stomach. The baby frogs were actually born from out of their mother's mouth. Discovered in 1981, less than ten years later the frog had completely vanished from the crystal clear waters of Booloumba Creek near Queensland's Sunshine Coast. Unfortunately, this freak of nature is not the only frog species to have been lost in Australia. Since the 1970s, no less than eight others have suffered the same fate.

One theory that seems to fit the facts concerns the depletion of the ozone layer, a well documented phenomenon which has led to a sharp increase in ultraviolet radiation levels. The ozone layer is meant to shield the Earth from UV rays, but increased radiation may be having a greater effect upon frog populations than previously believed. Another theory is that worldwide temperature increases are upsetting the breeding cycles of frogs.

1.Frogs are disappearing only from city areas.2.Frogs and toads are usually poisonous.3.Biologists are unable to explain why frogs are dying.4.The frogs' natural habitat is becoming more and more developed.5.Attempts are being made to halt the development of wet marshland.6.Frogs are important in the ecosystem because they control pests.7.The platypus frog became extinct by 1991.8.Frogs usually give birth to their young in an underwater nest.9.Eight frog species have become extinct so far in Australia.10.There is convincing evidence that the ozone layer is being depleted.11.It is a fact that frogs' breeding cycles are upset by worldwide in creases in temperature. 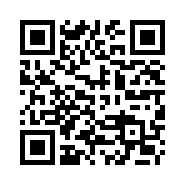