William Lloyd Garrison (December 13, 1805 – May 24, 1879) was a prominent American abolitionist, journalist, voluntaryist, and social reformer. He is best known as the editor of the radical abolitionist newspaper, The Liberator, and as one of the founders of the American Anti-Slavery Society, he promoted "immediate emancipation" of slaves in the United States. Garrison was also a prominent voice for the women's suffrage movement.

Career as a reformer
At age 25, Garrison joined the Abolition movement. For a brief time he became associated with the American Colonization Society, an organization that believed free blacks should immigrate to a territory on the west coast of Africa. Although some members of the society encouraged granting freedom to slaves, the majority saw the relocation as a means to reduce the number of free blacks in the United States and thus help preserve the institution of slavery. By late 1829–1830 "Garrison rejected colonization, publicly apologized for his error, and then, as was typical of him, he censured all who were committed to it." (William E. Cain, William Lloyd Garrison and the fight against Slavery: Selections from the Liberator)

Genius of Universal Emancipation
Garrison began writing for and became co-editor with Benjamin Lundy of the Quaker Genius of Universal Emancipation newspaper in Baltimore, Maryland. Garrison's experience as a printer and newspaper editor allowed him to revamp the layout of the paper and freed Lundy to spend more time traveling as an anti-slavery speaker. Garrison initially shared Lundy's gradualist views, but, while working for the Genius, he became convinced of the need to demand immediate and complete emancipation. Lundy and Garrison continued to work together on the paper in spite of their differing views, agreeing simply to sign their editorials to indicate who had written it.

One of the regular features that Garrison introduced during his time at the Genius was "The Black List," a column devoted to printing short reports of "the barbarities of slavery — kidnappings, whippings, murders." One of Garrison's "Black List" columns reported that a shipper from Garrison's home town of Newburyport, Massachusetts — one Francis Todd — was involved in the slave trade, and that he had recently had slaves shipped from Baltimore to New Orleans on his ship Francis. Todd filed a suit for libel against both Garrison and Lundy, filing in Maryland in order to secure the favor of pro-slavery courts. The state of Maryland also brought criminal charges against Garrison, quickly finding him guilty and ordering him to pay a fine of $50 and court costs. (Charges against Lundy were dropped on the grounds that he had been traveling and not in control of the newspaper when the story was printed.) Garrison was unable to pay the fine and was sentenced to a jail term of six months. He was released after seven weeks when the antislavery philanthropist Arthur Tappan donated the money for the fine, but Garrison had decided to leave Baltimore and he and Lundy amicably agreed to part ways.

The Liberator
In 1831, Garrison returned to New England and founded a weekly anti-slavery newspaper of his own, The Liberator. In the first issue, Garrison stated:

I am aware that many object to the severity of my language; but is there not cause for severity? I will be as harsh as truth, and as uncompromising as justice. On this subject, I do not wish to think, or to speak, or write, with moderation. No! No! Tell a man whose house is on fire to give a moderate alarm; tell him to moderately rescue his wife from the hands of the ravisher; tell the mother to gradually extricate her babe from the fire into which it has fallen; – but urge me not to use moderation in a cause like the present. I am in earnest – I will not equivocate – I will not excuse – I will not retreat a single inch – AND I WILL BE HEARD. The apathy of the people is enough to make every statue leap from its pedestal, and to hasten the resurrection of the dead.

Initial circulation of The Liberator was relatively limited; there were fewer than 400 subscriptions during the paper's second year. However, the publication gained subscribers and influence over the next three decades, until, after the end of the Civil War and the abolition of slavery nation-wide by the Thirteenth Amendment, Garrison published the last issue (number 1,820) on December 29, 1865, writing in his "Valedictory" column,

Commencing my editorial career when only twenty years of age, I have followed it continuously till I have attained my sixtieth year—first, in connection with The Free Press, in Newburyport, in the spring of 1826; next, with The National Philanthropist, in Boston, in 1827; next, with The Journal of the Times, in Bennington, Vt., in 1828–9; next, with The Genius of Universal Emancipation, in Baltimore, in 1829–30; and, finally, with the Liberator, in Boston, from the 1st of January, 1831, to the 1st of January, 1866;—at the start, probably the youngest member of the editorial fraternity in the land, now, perhaps, the oldest, not in years, but in continuous service,—unless Mr. Bryant, of the New York Evening Post, be an exception. ... The object for which the Liberator was commenced—the extermination of chattel slavery—having been gloriously consummated, it seems to me specially appropriate to let its existence cover the historic period of the great struggle; leaving what remains to be done to complete the work of emancipation to other instrumentalities, (of which I hope to avail myself,) under new auspices, with more abundant means, and with millions instead of hundreds for allies.

Final years and death
Garrison spent more time at home with his family, writing weekly letters to his children, and caring for his increasingly ill wife, who had suffered a small stroke on December 30, 1863, and was increasingly confined to the house. Helen died on January 25, 1876, after a severe cold worsened into pneumonia. A quiet funeral was held in the Garrison home, but Garrison, overcome with grief and confined to his bedroom with a fever and severe bronchitis, was unable to join the service downstairs. Wendell Phillips gave a eulogy and many of Garrison's old abolitionist friends joined him upstairs to offer their private condolences. Garrison recovered slowly from the loss of his wife, and began to attend Spiritualist circles in the hope of communicating with Helen.[5] Garrison made a final visit to England in 1877, where he visited George Thompson and other old friends from the British abolitionist movement.

Grave of William Lloyd GarrisonGarrison, ailing from kidney disease, continued to weaken during April 1879, and went to live with his daughter Fanny's family in New York City. In late May his condition worsened, and his five surviving children rushed to join him. Fanny asked if he would enjoy singing some hymns, and although Garrison was unable to sing, his children sang his favorite hymns for him while he beat time with his hands and feet. On Saturday morning, Garrison lost consciousness, and died just before midnight on May 24, 1879.Garrison was buried in the Forest Hills Cemetery in Jamaica Plain, Massachusetts on May 28, 1879, after a public memorial service with eulogies by Theodore Dwight Weld and Wendell Phillips. Eight abolitionist friends, both white and black, served as his pallbearers. Flags were flown at half-staff all across Boston. Frederick Douglass, then employed as a United States Marshal, spoke in memory of Garrison at a memorial service in a church in Washington, D.C., saying "It was the glory of this man that he could stand alone with the truth, and calmly await the result".

Garrison's son, also named William Lloyd Garrison (1838–1909), was a prominent advocate of the single tax, free trade, woman's suffrage, and of the repeal of the Chinese Exclusion Act. A second son, Wendell Phillips Garrison (1840–1907), was literary editor of the New York Nation from 1865 to 1906. Two other sons (George Thompson Garrison and Francis Jackson Garrison, his biographer) and a daughter (Helen Frances Garrison, who married Henry Villard) survived him.

Honoring Garrison's 200th birthday, in December 2005 his descendants gathered in Boston for the first family reunion in about a century. They discussed the legacy and impact of their most notable family member. 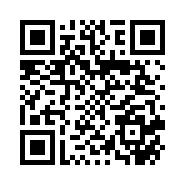