The Australian political scene is dominated by two major parties that have quite different political agendas. However, the policies of the Australian Labor Party and the Liberal Party have become much more difficult to tell apart in recent years. In fact, it would be true to say that both parties consist of conservative, moderate and radical elements, and therefore the general public is often perplexed about which party to vote for. Nonetheless, it is usual to find that an Australian will lean towards supporting one of these two parties and remain faithful to that party for life.

The Labor Party was formed early in the twentieth century to safeguard the interests of the common working man and to give the trade unions political representation in Parliament. The Party has always had strong connections with the unions, and supports the concept of a welfare society in which people who are less fortunate than others are financially, and otherwise, assisted in their quest for a more equitable slice of the economic pie. The problem is that such socialist political agendas are extremely expensive to implement and maintain, especially in a country that, although comparatively wealthy, is vast and with a small working and hence taxpaying population base. Welfare societies tend towards bankruptcy unless government spending is kept in check. The Liberal Party, on the other hand, argues that the best way to ensure a fair division of wealth in the country is to allow more freedom to create it. This, in turn, means more opportunities, jobs created etc., and therefore more wealth available to all. Just how the poor are to share in the distribution of this wealth (beyond being given, at least in theory, the opportunity to create it) is, however, less well understood. Practice, of course, may make nonsense of even the best theoretical intentions, and often the less politically powerful are badly catered for under governments implementing 'free-for-all' policies.

It is no wonder that given the two major choices offered them, Australian voters are increasingly turning their attention to the smaller political parties, which claim to offer a more balanced swag of policies, often based around one major current issue. Thus, for instance, at the last election there was the No Aircraft Noise Parry, popular in city areas, and the Green Party, which is almost solely concerned with environmental issues.

1.Policies is support of the concept of a welfare society are costly.2.Australians usually vote for the party they supported early in life.3.The Labor Party was formed by the trade unions.4.Radical groups are only found within the Labor Party.5.The Liberal Party was formed after the Labor Party.6.Welfare-based societies invariably become bankrupt.7.According to the author, theories do not always work in practice.8.Some Australian voters are confused about who to vote for.9.The No-Aircraft-Noise Party is only popular in the city.10.The smaller parties are only concerned about the environment. 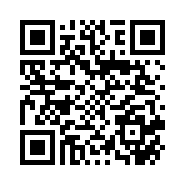