例詞：also, apart from, besides, moreover, furthermore

例句：The Victorian style of heavily ornamented interiors prevailed in middle-class homes in England and the United States during the latter half of the 19th century. Moreover, in both countries, techniques of mass production promoted the use of reproductions in many different styles.

例詞：but, however, though, although, yet, nevertheless, on the other hand

例句：Education is the passport to modern life, and a pre-condition of national prosperity. But more than a quarter of the world‘s adults cannot read or write, and more than 100 million young children are deprived of even a primary school education.

例詞：like, as, likewise, similar to, in the same way

例句：Like other ways of generating electricity, wind power does not leave the environment entirely unharmed.

例詞：now, later, before, after, since, when, first, second, next, at last, eventually, finally

例句：As the volunteers began to fall asleep, the electrodes detected the slow rolling eye movements which could be seen easily through their eyelids. Soon after, the volunteers fell deeper into sleep and their eyes became still.

例句：This situation is compounded by yet another factor.

例詞：as, because, for, since, owing to, thanks to, which in turn, lead to, as a result, result in, consequently, therefore, thus, hence

例詞：that is to say, in other words, i. E. Such as, for example, for instance

例句：More recent developments such as those seen on California wind farms have dramatically changed the economic picture for wind energy. 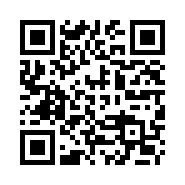