Issues of controversy forever intrigue and inspire.  The one at hand is whether we can judge a book by its cover. Admittedly, there is some truth in sages' effort that we never judge a person by appearance, as it would be unsophisticated and misleading to calculate one's moral character and dignity solely by his or her "cover". A closer study of the issue, aided by an acute awareness of customs and convictions, however, reveals indisputably that one can learn, more or less, about people by the clothes they dress. Two significant aspects are stated: personal identity and cultural inclination.

With different styles of dressing, one intends to show his or her own identity, say, his or her likes and dislikes. Our young teens would like to choose some fashionable and trendy things such as sexy shoes, high heels, boots even cosplay costumes while our parents like wedding sets and special occasion dresses better. It also true in the case of politicians and business people, whose clothing undoubtedly assists/ facilitates to differentiate them from those with different occupation and pursuit.

With one's dress, a sensitive, well-informed mind could also gather information about the customs, beliefs and other inclinations of the community the person lives in. A crucial illustration of this case is Hippes. As we all know that the Hippes are always dressed in casually, with long hair, showing their characteristic and personality of chasing freedom.

Personal clothes, thus, as an indispensable ingredient of its cultural symbol, speak in an intangible language. The only difference is that whether the "reader" is aware of this cultural cue or not. But it's forever out there: substantial, stubborn, and speaking!

Not surprisingly, to some extend, it thus can be concluded that one's clothing does reveal something in some way. We can always by starting with proper knowledge and orientation from what one dresses. 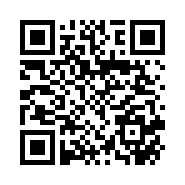